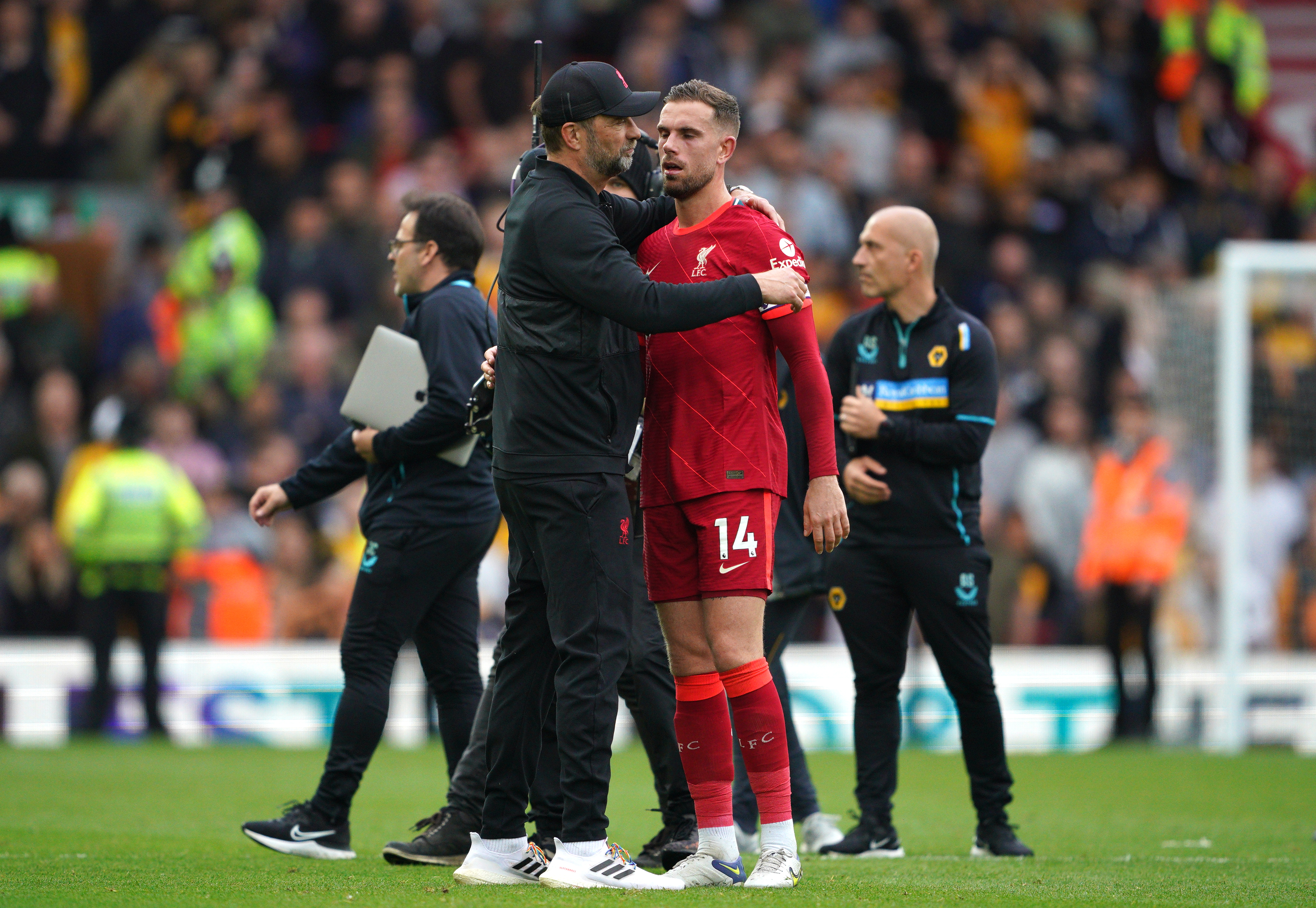 Jürgen Klopp was proud but disappointed after seeing his Liverpool side miss out on the 2021/2022 English Premier League (EPL) title to Manchester City on Sunday.

On the other hand, they willed their side to find a way to defeat Wolves after conceding an early goal.

They eventually managed it with late goals from Mohamed Salah and Andrew Robertson earning a 3-1 victory but Manchester City mounted their own comeback to maintain their one-point advantage.

The result ended Liverpool’s hopes of winning an unprecedented quadruple ahead of next weekend’s UEFA Champions League final against Real Madrid.

It led Klopp to saying: “The boys played an incredible season.

“The whole journey of 2021/2022 so far is absolutely exceptional. The game today showed again so much about these boys.

“We concede an early goal, which gave us a knock. We didn’t play football really, not like we usually play.

“We had to take off Thiago early, which is not helpful, and then you still find a way. It’s absolutely outstanding. 92 points obviously is crazy with all the games we played.

“So, yes I am proud but I’m disappointed, of course. It’s not cool but it’s not completely unexpected, obviously. It was clear before the game that a lot of things have to happen.

“Congratulations to Manchester City and Pep Guardiola, all staff and all players, the whole club, for being champions. We were close but in the end not close enough.”(dpa/NAN)