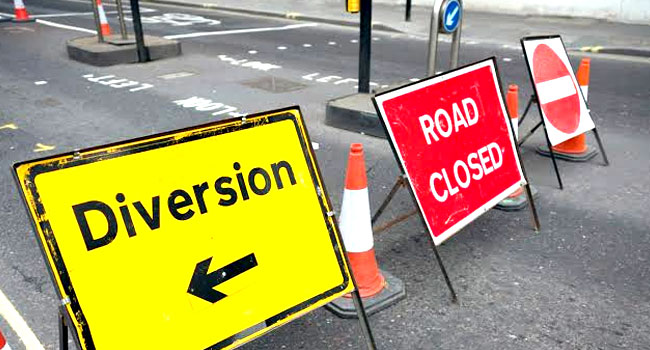 The Lagos State Government has announced the extension of traffic diversion on Muritala Mohammed Way from June 1, till 30th Sept 2022 due to the ongoing Phase 1 of the Lagos Rail Mass Transit project.

The Commissioner for Transportation, Dr Frederic Oladeinde, made the disclosure in a statement on Tuesday in Lagos.

Oladeinde explained that there would be a total lane closure to allow the contractor work without any inhibition during the course of the construction.

The Commissioner assured that the site would be cordon off for the safety of the citizenry, adding that emergency vehicles would be on ground to tow broken-down vehicles along the axis.

Oladeinde said that the State Government would continuous it commitment towards the development of transport infrastructure within the metropolis adding that the Multi-modal Transportation in turn run boost the economic prowess of the citizenry.

In a related development, the Lagos State Government also announced a traffic diversion plan for the construction of the Opebi-Ojota Link Bridge earlier inaugurated in the year by Governor Babajide Sanwo-olu.

The Commissioner for Transportation, Dr Frederic Oladeinde, revealed that the construction would be phased into two stages which would run for a duration of 16 months.

He added that the traffic diversion plans were designed to suit each phase as well.

” A portion had been created at the Sheraton-Opebi Link Bridge to enable Motorists make a U-turn into Opebi Road.

“Alternatively, motorists can use Toyin Street via Mobolaji Bank Anthony to link Opebi/Allen road. Motorists from Mende Road are equally enjoined to use Ojota Interchange and connect Opebi via Ikorodu Road inwards Aderibigbe as the underpass will be closed off to vehicular movement, “Oladeinde said.

He also assured that the Lagos State Traffic Management Authority, LASTMA would be deployed along the affected axis to ensure seamless movement.

The Transport Commissioner reiterated the administration’s commitment to developing alternatives for the citizenry which will reduce travel time and improve accessibility by eliminating congestion that hinders free flow of traffic.