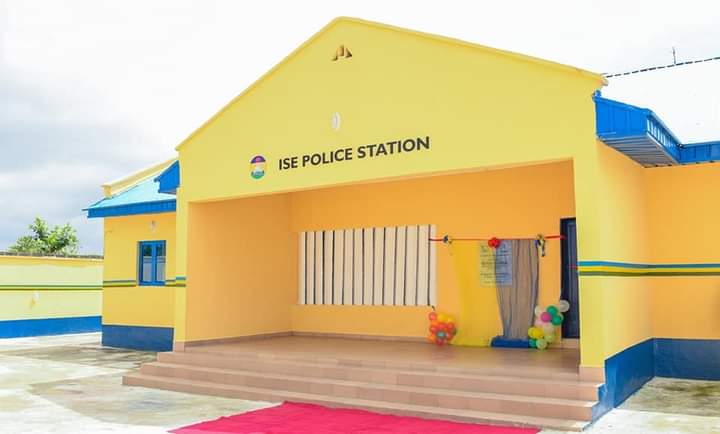 The State said that it is in line with the administration’s commitment to the security of lives and property of the people of Lagos State as articulated in the Security and Governance pillar of the T.H.E.M.E.S. development agenda.

Speaking during the commissioning of the newly constructed Ise Police Station, Sanwo-Olu said his administration remains unflinching in its resolve to boldly and efficiently deploy cutting-edge thinking and technology to prevent crime and criminality, with the hindsight that prevention is always better than cure.

The Governor who was represented by his Chief of Staff, Mr. Tayo Ayinde, disclosed that in a situation where crime has been committed, his administration would ensure that no stone is unturned in ensuring that the perpetrators are apprehended and brought to justice.

He said: “Our Lagos is safer and more secure today because of the improved operational capacities of our security agencies. Note that individuals and corporate organisations have made this possible largely through the financial and material donations to the Lagos State Security Trust Fund. The effectiveness of this initiative as a strategy to fight and prevent crime has been widely acknowledged through its replication by other subnational governments, and even at the national level.

“Therefore, the construction of this Police Station is another fulfilment of our strong commitment to safer and secure clime that will engender confidence of investors considering the fact that this area is within the precinct of Lekki Free Trade Zone, the emerging industrial hub of not only Lagos State but also Nigeria.”

Sanwo-Olu while stressing the need for synergy between the security agencies and the people to curb crime, urged the people of Ise community to fully cooperate and collaborate with the Security personnel that would be deployed to the new Police Station to assist and strengthen the security in the environment so as to ensure the full realisation of the objectives behind the construction and equipping of this Police station.

The Governor, who encouraged the Police formation to deploy the best of their professionals to Ise Police Station, promised that his administration would not relent in prioritising the needs and wellbeing of the men and officers of security agencies in Lagos State.

“In furtherance of our commitment, work will commence before the end of this year on the construction of two other Police stations at Elepe in Ikorodu and Lekki. In addition, we will be constructing a modern office facility for Area ‘N’ Police Command Headquarters in Ijede, as well as the reconstruction of Alimosho and Ikeja offices of Department of State Security Services.

“All of these projects, when completed, will provide a conducive environment for our security operatives to perform optimally,” he said.

Sanwo-Olu also commended the Onise of Ise, His Royal Highness, Oba Ganiu Adegbesan for his firm commitment to the safety and socio-economic development of his people and community as demonstrated by his request for government intervention in providing the Police Station to address the spate of kidnapping and activities of land-grabbers, among other criminal activities within the community and its environs.

He said building of the Police Station in Ise would reduce crime among the people of the community and Lekki LCDA at large.

Also speaking, Oba Adegbesan praised Governor Sanwo-Olu for delivering the dividends of democracy to Lagosians, especially the ongoing construction of Lagos-Epe Expressway and other infrastructure, which have turned many parts of the State to construction sites.

The traditional ruler commended the role played by Mr. Tayo Ayinde toward the building of the Ise Police Station, stating that the government gesture would contribute immensely to reduction of crimes in the community.