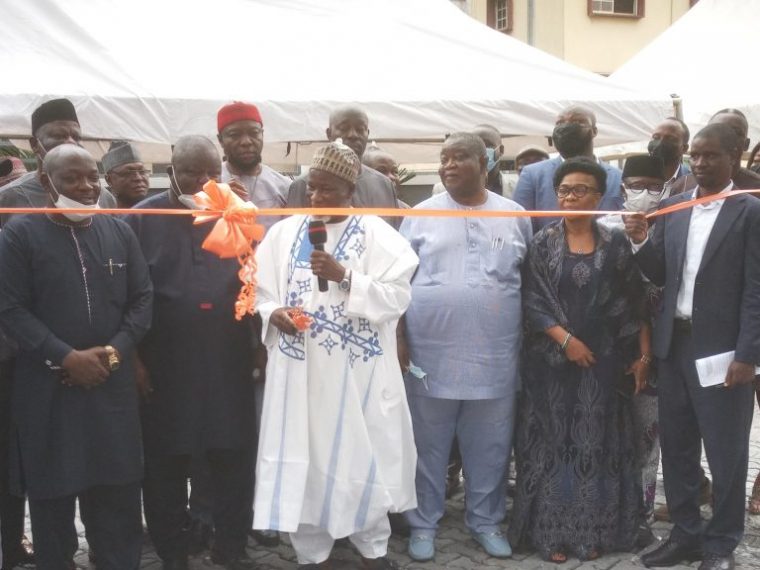 The News Agency of Nigeria (NAN) reports that among other functional service facilities in the N320 million hotel include swimming pool, restaurant and meeting hall.

Speaking at the opening, Timothy Zalanga, Managing Director, Railway Property, said the hotel’s fully equipped and functional service facilities would ensure the comfort, safety, and relaxation of all guests.

He said the project marked the beginning of new business strategy focusing on property development rather than leasing of lands that limited its revenue potentials.

“This project shows that with the focus of the present regime on Railway Development, many more can be achieved in the overall interest of the general public,” he said

Zalanga said that 60 per cent of the construction cost was funded from replacement costs of some of the NRC structures that were demolished to pave way for the new Lagos – Ibadan standard gauge line to get into Apapa port.

The official said that the remaining 40 per cent was funded by Railways Property and thanked the Minister of Transportation, Rotimi Amaechi, for his kind approval to revolve the assets.

The corporation’s Managing Director, Mr Fidet Okhiria, said that the guest house would be managed by Ojez Group, a renowned hospitality and lifestyle organisation.

Okhiria said that over 30 entities bided to manage the guest house out of which Ojez Groups was selected for the job.

NRC Board Chairman, Alhaji Ibrahim Alhassan, said the corporation was looking forward to improve staff welfare with the building of the edifice.

He said: “If we can have this kind of edifice that will bring in some funds, it will help in improving welfare of NRC staff.

“I hope the manager of this guest house

will use this edifice in a right manner and I pray that you will use the laid down ethics standards for the benefit of every staff.”

He urged Ojez Group, the manager of the guest house, to synergies with NRC to solicit patronage of standard gauge railway passengers to make it their first place of call.

Odobeatu commended President Muhammadu Buhari, the Minister of Transportation as well as NRC board and management for transforming railway transportation in Nigeria.

He assured that security within the hotel would not be compromised by working closely with Nigerian Police Railways Command, private security as well as internal security team.

Odobeatu said that Ojez had lighted the hotel environment, endearing it to the people and giving them a reason to also own the project. (NAN)