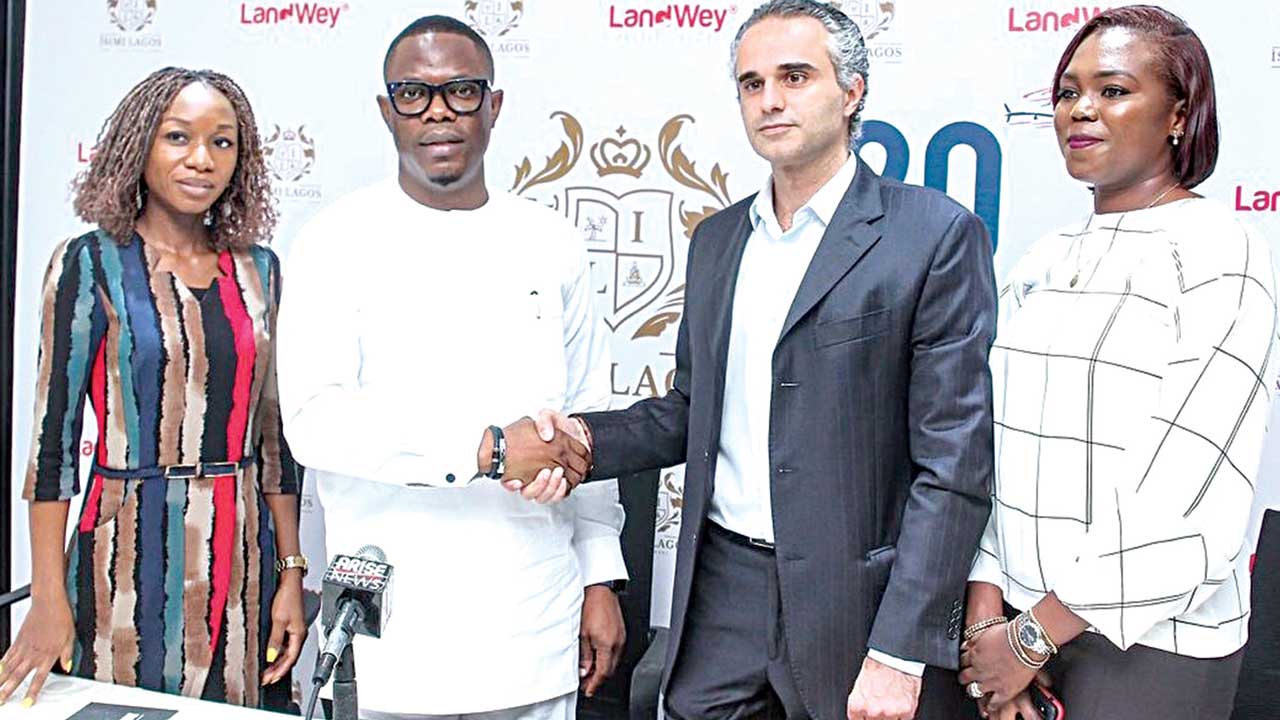 Two firms LandWey and Zenith Construction Ltd have signed an infrastructure partnership marking the start of the implementation of the US$ 142M Lagos infrastructure project.

On the sidelines of the symposium, which was held at the LandWey headquarters the firms endorsed the infrastructure partnership for the implementation of the US$ 142M infrastructure project.

Isimi Lagos will be developed on a total of 305 acres piece of land situated to be the ultimate tranquil natural escape, providing an alternative eco-friendly lifestyle to the norm, with plans for green and environmentally friendly energy sources, restrictions on the use of only electric cars and bicycles for movement, and farm shops stocked with locally produced food items for consumption within the city.

According to Olawale Ayilara, the Group CEO of Oxygen Holdings, the parent company of Landwey Investment, the Isimi Lagos city project will be carried out in phases.

The first phase, which seeks to offer short-term accommodations and amenities like the park, spas, gym, Olympic-sized swimming pools, and Farm stores to support these temporary trips, had been signed off with the primary contractor, and constructions are scheduled to begin soon.

Ayilara said that about 250 citizens had registered interest in the Isimi Lagos project’s potential and were keen to begin adding that they were hoping that by the second quarter of 2022, they would be able to start allocating reserved slots as a result of this first phase of the project.

Origin One, The Village, Green Life Colony, and The Emergence are a few of the city’s residential clusters, all of which offer both work and living spaces built with luxuries like high-speed internet and uninterrupted power without interrupting the topography of the surroundings.

A conservation park, golf course, recreational center, Tech Valley, Helipad, Forestry, Hiking trails, and a standard polo turf with a stable housing some of the world’s greatest horses, giving a state-of-the-art riding experience are some of the other appealing aspects of the Isimi Lagos city project.

The city was designed to be accessible, with alternatives for cars, helipads, and a jetty that is only a 25-minute boat ride from Ikoyi.