Lagos NYSC permanent orientation camp to be delivered in 2022 –coordinator 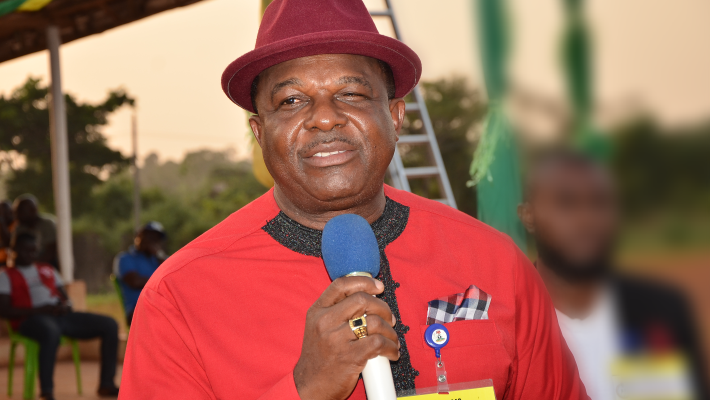 Megwa, who disclosed this in an interview with  the News Agency of Nigeria (NAN) on Monday, in Lagos, noted that  all the paper work for the project were set and already, the fencing of the site was almost completed, with the  gate and the NYSC signage also mounted.

“I understand that Mr Governor is budgeting good money for the building of the permanent site of the NYSC orientation camp located at Agbowa, in Ikorodu, in the next fiscal year.

” Work is going on there and knowing the charismatic governor we have in Lagos State, I believe he will want to deliver the orientation camp before the end of his first tenure,” he said.

In a related development, Megwa has decried calls for the scrapping of the scheme in some quarters, saying that the idea was worrisome.

“This is unheard of. That someone should ever think of scrapping the scheme,” he said.

According to him, NYSC was synonymous with Nigeria and irrespective of its challenges, Corps members were bonding and sharing love with one another, hence all the efforts being made for its sustenance.

“We have seen schools where students have been kidnapped, does that lead to scrapping of our educational institutions, so nobody should think of scrapping the NYSC.

“We are doing everything to mitigate the issues that will cause problems to the existence of the NYSC scheme, which provides opportunity for our youths, from within and outside the nation, to serve their fatherland after graduation,” Megwa stated.

He noted that the NYSC was initiated to promote the unity of the nation, and it had demonstrated that youths from the East, West, North and South could live together in camp as brothers and sisters.

Similarly, Megwa noted that higher institutions of leaning churned out no fewer than 380,000 graduates annually that go through the scheme, saying: ” what will be the hope of these youths if it is scrapped ?

“Now, beyond welding the youth together, beyond making them believe that they are one Nigeria, we have NYSC as a stop gap to full employment, as government pays them allowances as they render selfless services,” he noted

NAN reports that the NYSC scheme, introduced in 1973 by Yakubu Gowon, to foster  national unity and cohesion for graduates of tertiary institutions, marked its 48th anniversary on June 5.

Corps members at the Lagos orientation camp also celebrated the anniversary in pomp and pageantry, with cultural displays by the various ethnic groups. (NAN)

TotalEnergies, others bag awards at NIPS