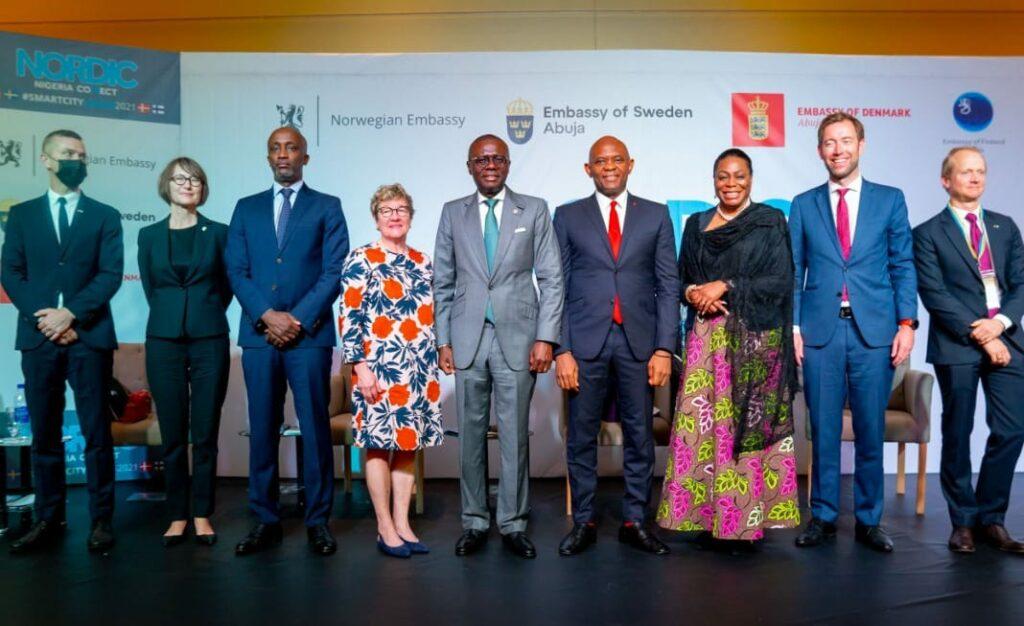 Lagos State Government, is intensifying search for partnerships to facilitate its economic growth development and has enhanced foreign collaboration in the recent time.

Just recently the State Government through the Office of Sustainable Development Goals and Investment, and the Sweden Business Council agreed to strengthen business relationships between the State and the Swedish Government.

The Special Adviser, Office of Sustainable Development Goals and Investment, Solape Hammond, made the disclosure at the just-concluded Sweden-Nigerian Business forum held in Stockholm, Sweden on the 16th and 17th of May, 2022.

Addressing business delegates and other dignitaries at the event, the Special Adviser noted that the forum will help solidify trade relationships and deepen investment relations between the State and the Scandinavian country.

She stated that the forum was aimed at fostering value and creating a partnership between Sweden and Nigeria with a special focus on Lagos as the country’s commercial capital and also as the State with the highest population.

Her words: “Lagos is seeking a big push on investment. We both see that opportunities abound in transportation, energy and technology. We can now expand the mutual and beneficial relationship in exploiting the identified sectors that will translate into meaningful economic relations”.

The Vice President, Europe, Middle East and Africa (EMEA), Business Sweden, Ms. Nina Lindbergh, who co-led the discussion at the Business to Government meeting with a focus on energising trade and investment relationships between Lagos and Sweden, stressed that the strategic importance of Lagos and its population placed it far and above other regions for foreign sustainable partnership.

She expressed the willingness of the Swedish Government to support Lagos in driving its initiatives in Transportation, Energy and ICT.

According to her: “Lagos’ population doubles the size of Sweden which is around 11 million people. The tech hub in Lagos is also the fastest growing in the whole of Africa. Lagos, therefore, remains an investor’s delight for enormous market and skilled personnel”.

The two institutions used the strategic sessions to express the importance of strengthening economic and trade relationships based on the commitment to a vision of more sustainable, inclusive trade and investment policies that will benefit the widest possible number of people.

Given that the purpose of the investment interaction is to establish long time business relations, the two parties intend, over the next few months, to harness resources towards deepening investment in key sectors and create a dynamic agenda for growing inclusive trade and investment in a way that advances the prosperity of both governments.

The two-day event was hosted by the Swedish Ministry of Foreign Affairs, the Embassy of Sweden in Abuja, Nigeria; Business Sweden (The Swedish Business and Investment Council); the Embassy of Nigeria in Sweden and the Smart Cities, Sweden.

The high-level Ministerial and Business delegation to Sweden, comprising representatives from ICT, Transportation and Energy, was led by the Minister of Industry, Trade and Investment, Otunba Adeniyi Adebayo, while the State delegation was headed by the Special Adviser, Office of SDGs and Investment, Solape Hammond.