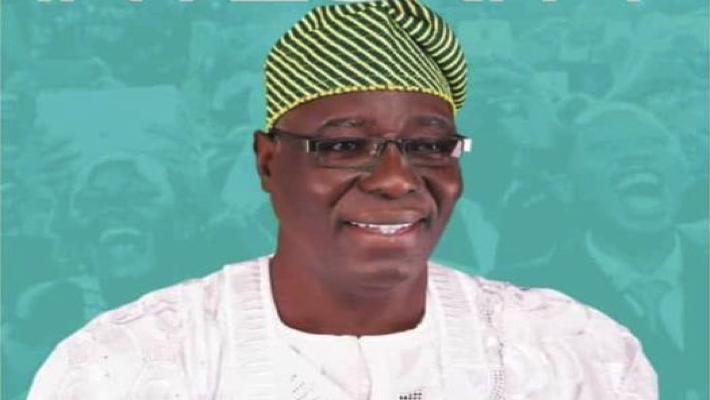 The Lagos State Chapter of the PDP has urged the party’s National Working Committee (NWC) to cancel the House of Assembly and House of Representatives primaries slated for Sunday in Lagos.

The PDP Chairman in Lagos State, Mr Philips Aivoji, made the call at a news conference he addressed alongside other state executives of the party, governorship aspirants and party leaders, in Ikeja.

He alleged the ad-hoc delegates’ list brought by the electoral committees for both primaries had been compromised.

The News Agency of Nigeria (NAN) reports that uncertainty and apprehension trailed the conduct of the primaries, as delegates and aspirants waited at various venues in local government areas for election officers from PDP national headquarters, who as at the time of filing this report, had yet to be seen at any of the venues.

Aivoji said: “The entire executive committee of Lagos State PDP and five of the six gubernatorial aspirants reject in its entirety, the ad-hoc delegates’ list brought by the electoral committee to Lagos State for the purpose of conducting the primaries.

“We are all shocked to see that the list does not reflect the authentic elected ad-hoc delegates as conducted by organs of the party at ward level and supervised by the DSS and INEC.

“It is imperative to state that copies of the ad-hoc list that emanated from the state and submitted to INEC are completely different from the one brought by the committee for the purpose of the exercise.

“We realised that contrary to the provision of our great party and the electoral guidelines of the party, the election committee came to the state with list of venues and already chosen electoral officers.”

According to him, this is the responsibility of the state executive committee of the party and, therefore, unacceptable.

He added that the chairman and secretary of the election committee meant to conduct the State House of Assembly primary election had not reported to the state chairman or state organ of the party.

“Up till this moment, we cannot reach out to the committee chairman and secretary, their telephones have either been switched off or unreachable.

“As law-abiding members of our great party, we collectively reject this list and we cannot guarantee, free, fair and credible party primaries that we have sworn to conduct.

“The processes have been compromised ab initio and skewed.

“We, therefore, call for outright cancellation of the election.

“Doing otherwise will jeopardise the chances of the party in the 2023 polls,” Aivoji said.

The chairman said that if the exercise would go on, it could lead to a litigations.

He said that the process that brought about the authentic delegates’ list was done in consonance with the constitution of the party, as all relevant stakeholders were carried along.

Aivoji said: ” We want to know the person at the national level that gave them (electoral committee) the order not to consult the state executives in the exercise.

“We want to get this list right because, as we speak, we are toying with the lives of millions of Lagos residents.

“We have been in the valley for so long, this is an opportunity for us to get it right to win the general elections in the state.

“We must douse the tension now.”

According to him, what the electoral committee intends to do is to cook up a list of candidates at a venue.

He said that if the party missed it now, it would be unfortunate.

NAN reports that some of the PDP governorship candidates at the conference are Dr Ade Dosunmu and Messrs Olanrewaju Jim- Kamal, Gbadebo Rhodes-Vivour, and Adedeji Doherty. (NAN)