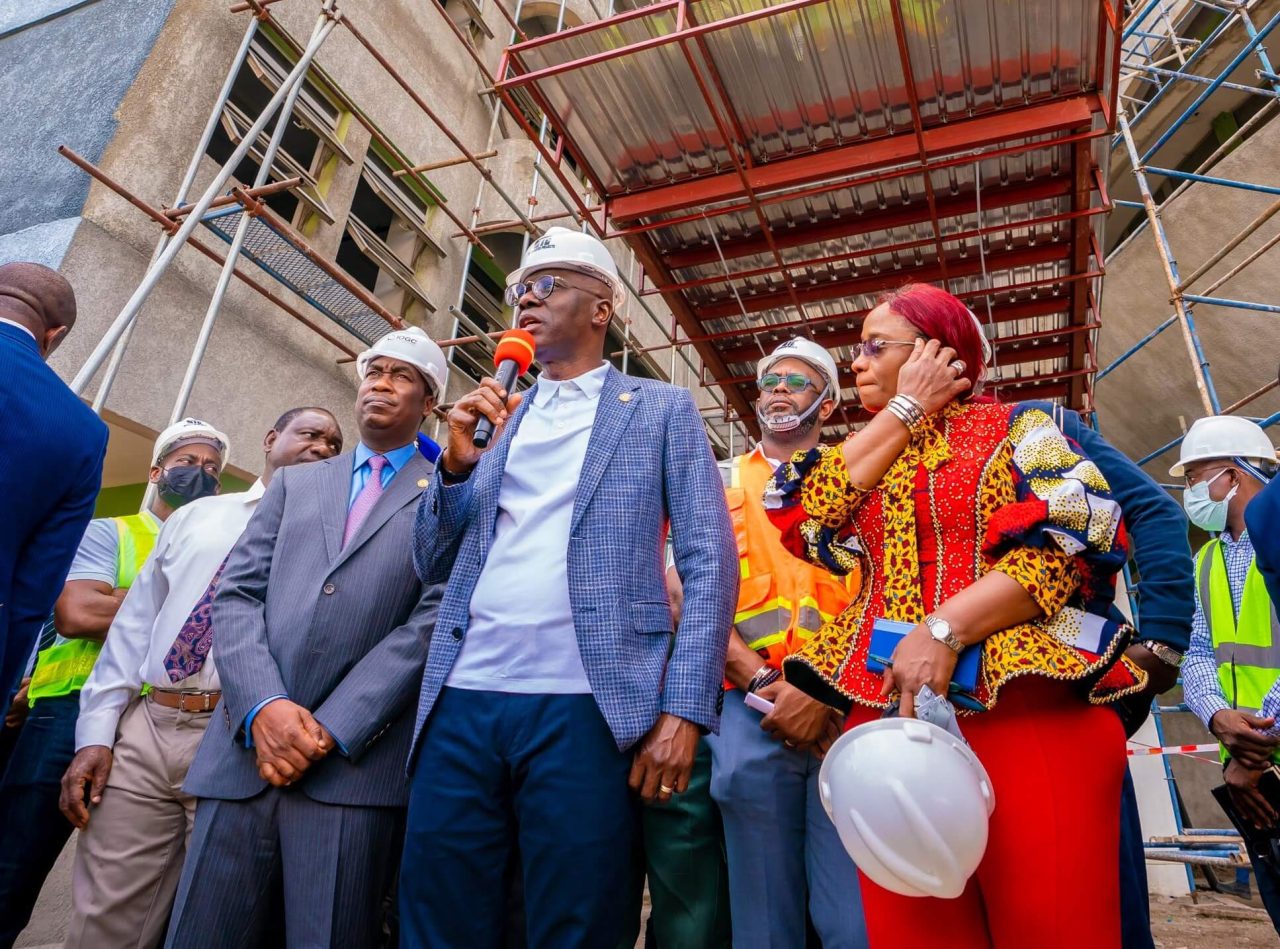 The Governor of Lagos State, Babajide Sanwo-Olu, has promised to provide excellent tax delivery services for tax paying entities, saying that the comprehensive renovation of Revenue House of the Lagos State Government will be completed by the end of next month.

He anticipates that with the contractor putting finishing touches on the imposing edifice located in Alausa, the completion date will not be extended.

The Governor, on Monday, led an on-the-site inspection of the ongoing renovation work at the eight-storey building formerly known as Elephant House, promising that the building would be open for use fully by September.

Deputy Governor, Dr. Obafemi Hamzat, and some members of the Executive Council joined the Governor on the inspection.

The Revenue House is a multi-department office complex being put up to accommodate all revenue-generating agencies of the State Government under one roof.

Lagos Inland Revenue Service (LIRS) will be occupying substantial space in the building, while other agencies, including Lagos State Lottery and Gaming Authority, Motor Vehicle Administration Agency (MVAA) and Lagos State Signage and Advertisement Agency (LAASA) among others will share the rest of the space in the complex.

Keeping the revenue agencies under a roof, Sanwo-Olu said, is an idea to improve their individual capacity for overall efficiency and collective delivery of their mandates. The Governor said the edifice would offer a one-stop-shop revenue services for individuals and organisations paying taxes to the Government.

He said: “The importance of this Revenue House is that it houses the significant number of our core revenue-generating agencies, with LIRS being the major occupant of the edifice. The whole idea of putting them in one office complex is for them to share facilities together and improve on their individual capacity.

“More importantly, the single-office complex will offer our citizens and organisations a one-stop shop to come in and complete a lot of statutory transactions in this building, which include licence renewal, issues about vehicles, tenement rate, land assessment and general land administration. This is why I am interested to see how faster we can finish this project.”

The Governor, however, expressed satisfaction on the pace of work, noting that significant number of furniture required in the edifice had been supplied ahead of the completion of the renovation.

What’s left to be done, Sanwo-Olu said, included general cleaning of the interior, exterior painting and fixing the electrical sources.

Sanwo-Olu also inspected the ongoing construction of a nine-floor multi-agency building being developed in front of the State Government secretariat in Alausa.