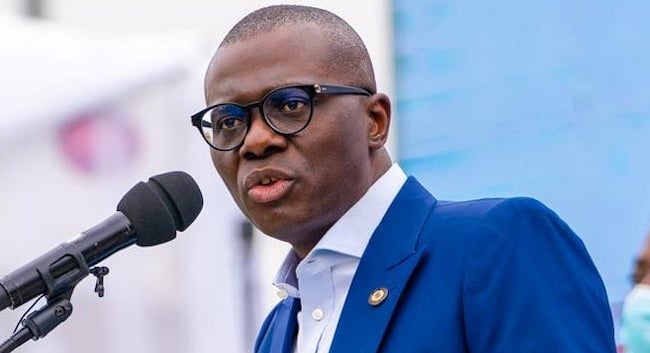 Lagos State Governor, Mr. Babajide Sanwo-Olu, has pledged the continuation of his administration’s support for the creative industry in the State.

Sanwo-Olu applauds the tenacity and doggedness of the Nigerian creative artists and entertainers, for creating a growth path for the sector with less institutional support.

He said Lagos State Government was already changing the narrative by deliberately working in partnership with industry players to bring more development and professionalism into the creative sector.

Governor Sanwo-Olu stated this last weekend at Atlanta in the United States of America (USA) during an interactive session with Nigerian musicians, producers and promoters at an event tagged ‘Stars are made in Lagos’, a side event at the just concluded 15th Headies Global Awards.

The Governor also visited the Trilith studios in Atlanta ahead of the planned Lagos film city project, where he met with the founder, Mr. Daniel Truett Carthy.

Governor Sanwo-Olu and his entourage were taken round the 700 acre site studio, with a 400 acres backlog and 24 sound stages.

The Governor said entertainment is well structured in his administration’s six pillars THEMES developmental agenda for Greater Lagos, which are Traffic Management and Transportation, Health and Environment, Education and Technology, Making Lagos a 21st Century Economy, Entertainment and Tourism, and Security and Governance.

“Before we were sworn in, we said to ourselves that we would be driven by a clear vision and in that vision, we had entertainment well structured. It is not just a coincidence that we are here today and doing what we are doing. It is something that was well thought out.

“The entertainment industry in Lagos and in Nigeria is not only the biggest in Africa but also contributes to the GDP of the State and can be compared with any part of the world and we have seen it. We know what it means and we as a government are supporting that industry to be able to flourish,” he said.

During his meeting with Dan Carthy, Governor Sanwo-Olu also disclosed that his administration has given people in the creative industry the opportunity to fly through direct interventions and support from the Lagos State Government. He said the State Government is ready to embark on the big dream project to further empower the budding talents that abound in Nigeria.

“Because we realised and know that our creative industry has very innovative men and women, one of the things we said to ourselves is that, we should give them the opportunity to fly. Let us just give the ambience and space for them to do what they know how to do best.

“We realise that some of them could also have financial challenges, so we give out grants. We are not just giving people loans; we are also giving out grants for movie producers, songwriters, short documentaries, etc. We have seen growth. Some of the short stories that we have sponsored will be aired at the Toronto Festival,” the governor said.

Governor Sanwo-Olu said there are thousands of people in the arts and entertainment industry in Nigeria and Lagos in particular that need to be heard globally and tell the Lagos story like Davido, Wizkid and a number of our filmmakers.

Sanwo-Olu said Lagos State Government will continue to create the space for those in the arts and entertainment industry to be able to shine and be global players.

He said: “For us coming here is really about telling the Lagos story in America and we know that Atlanta is also a big entertainment space in the United States and so there is no better place to start a conversation than from here. What we are about is really to just test the water, be able to communicate and let the Diaspora audience know that they have a government and their people can also be there.

“We are opening up our doors to other players and believing that after this it would give other creative minds and producers; music and entertainment producers a platform where they also can indeed deepen that industry. So, we believe this first outing will germinate into a bigger outing for us.

“As a government, we believe these are the things we should be doing. We should hold our citizens. We should create that space for them to be able to shine and be global players and that is the beginning of the reality of so many things.”