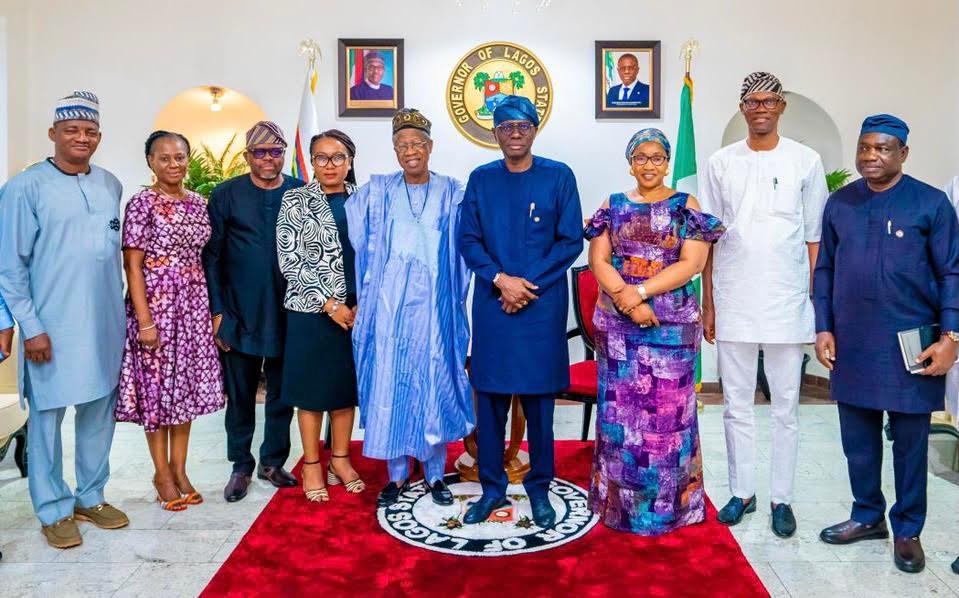 Governor of the State, Babajide Sanwo-Olu promised that the State would be extending its warmest hospitality to visitors that will be attending the event across the world while giving assurance of Lagos’ readiness to collaborate with the Federal Government to use the event to create lasting positive impression for the country.

The Governor made the pledge, on Thursday, when he received the Minister of Information and Culture, Alhaji Lai Mohammed, on a courtesy visit at the State House in Marina.

The UNWTO global conference will hold at the National Arts Theatre in Iganmu, Lagos, between November 14 and 16, 2022.

Sanwo-Olu disclosed that November would be a full month of cultural and tourism fiesta in Lagos, as the State put preparations on top gear to host the National Festival of Arts and Culture in collaboration with National Council for Arts and Culture (NCAC) in the same month.

The State, Sanwo-Olu said, will also be commissioning the biggest art museum – J.K. Randle Centre for Yoruba Culture and History – in November, making the whole month a period in which the rich heritage of Lagos will be highlighted.

The Governor said the State’s strategic investment in the arts and creative industry was deliberate in order to boost the tourism market in Lagos and drive cultural renaissance, while giving the youths new lease of life to hone their talents in the entertainment sector.

Sanwo-Olu said: “The month of November has been christened the month for arts and culture in Lagos. We will be witnessing a huge influx of people from the Diaspora to participate in all the cultural and art activities that will be taking place in the period. Lagos will be hosting NAFEST and we are unveiling an art museum, which will be about the biggest in Africa. The UNWTO global conference will be the crescendo of the whole events. We will be using the opportunity to showcase some of our best in class of arts and also project parts of the country not seen before.

“This is part of ensuring that we utilise what we have not only for the development of our State and the country, but also to give our teeming youths opportunities to flourish, using their God-given talents. Entertainment and Tourism industry is seen as a rallying point for great number of the youth who continue to display their talents in arts, culture, music, technology and all the spaces they have excelled. We are turning around things in this sector to ensure our country remains the destination for the best talents in entertainment and tourism.”

The Governor said he was excited at the opportunities the cultural fairs would be giving residents to project their heritage and contribute their quota towards advancing culture and civilisation. This, he said, is in line with Tourism and Entertainment pillar of his administration’s development blueprint.

Sanwo-Olu reiterated the State Government’s commitment towards the effort to restore the old glory of the National Arts Theatre, which is currently undergoing massive regeneration and upgrade.

The Governor said the State Government would continue to engage the Federal Government to turn around abandoned assets for better use.

“Lagos will be willing to be a partner of the Federal Government to host the coming global tourism conference and give international visitors lasting positive impression. I assure that our citizens will be accommodating and extend the warmest hospitality of Lagos to the participants,” Sanwo-Olu said.

Earlier, the Minister said the conference marked the fifth time the UNWTO and its member

states demonstrated confidence in Nigeria by giving the country the hosting right of major international events.

Mohammed said the choice of the National Theatre was most appropriate for the conference, because the monument remained the hub of arts and entertainment in the country, and would return the edifice to its role.

He said: “The conference provides socio-economic benefits among other opportunities where we will showcase Nigeria’s tourism, culture and creative assets, project the country’s image as a safe and desirable destination for leisure and business, and consolidate on our relationship with the UNWTO and its member states.

“The conference will also generate foreign exchange and create direct and indirect jobs, while highlighting the restart of travel and tourism in a safe and seamless manner after the unprecedented impact of the Covid-19 pandemic, which resulted in a near collapse of the sector. There will be interaction and exchange of ideas and best practices with key industry players, while creating opportunities for the training of public and private sector tourism officials.”