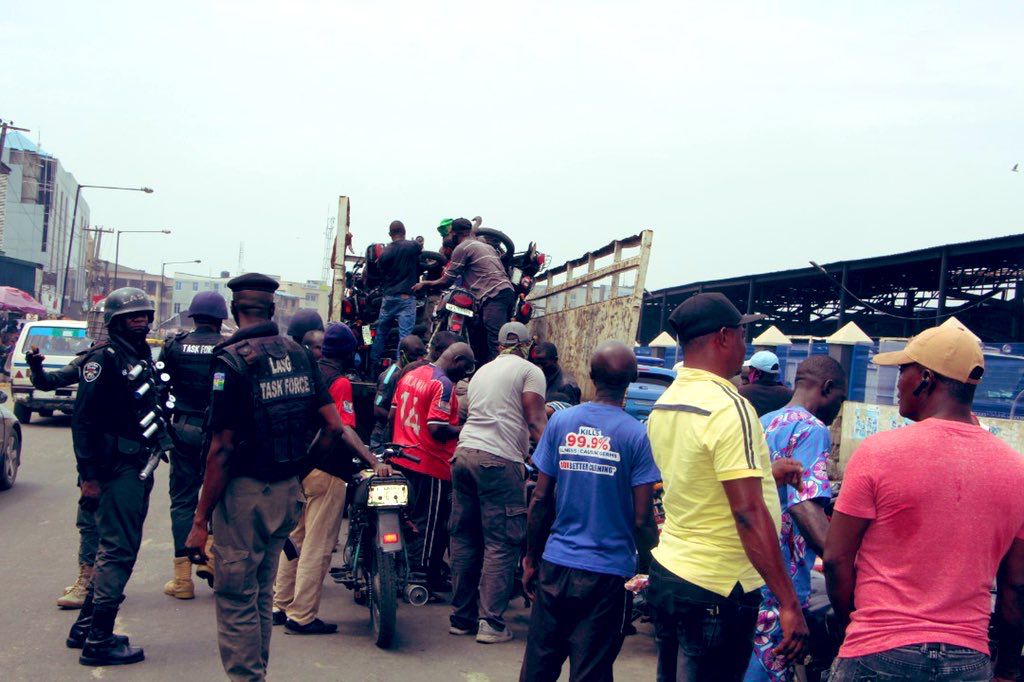 A statement in Lagos on Sunday by Mr Gbadeyan Abdulraheem, Head, Public Affairs Unit, said the hoodlums were arrested during raids on black spots.

“The unit commenced its tactical and strategic enforcement for compliance operations this week with code name, “Operation Kogberegbe”.

“This is to instil discipline and entrench sanity in the state, with a view to achieving the state’s vision of zero tolerance for criminal elements, hideouts, okada operation on restricted routes, and other environmental law offenders in the state,” it said.

The statement disclosed that over 204 motorcycles known as okada were impounded at Ojodu Berger, Ketu Alapere, Agric, Allen Avenue, Ikeja for plying restricted routes/roads and violating the state traffic laws.

“Enforcement officers were attacked by hoodlums in collaboration with okada riders at the Ojodu Berger area but they were subdued due to the superior tactical and systemic strategies of his men,” it added.

It noted that the restricted routes had been published several times to avoid unnecessary excuses of not being aware of the state laws on restriction by okada operators.

“Some offenders turned deaf ears and all efforts put in place by the enforcement agency to sensitise, educate and enlighten them to see the dangers of plying on the highways proved abortive.

“All the restricted routes will be closely monitored to rid the state of okada riders’ menace which could lead to needless loss of lives and serious security challenges.

“This week’s activities are a signal to all recalcitrant environmental laws offenders who circumvent government rules and regulations as provided by regulatory provision of the law, that such offenders shall be made to face the full wrath of the law,” it stated.

The statement noted that the unit raided some black spots at the Oshodi area, Mile 12 and other trouble spots in the state where hoodlums were arrested with charms, machetes and other harmful weapons.

“All the suspects will be charged to court for various offences and for disturbing the public peace.

“The agency will not rest on its oars until all recalcitrant okada operators tow the line of best practices and the state is free from hoodlums, streets urchins known as area boys,” it said.(NAN)