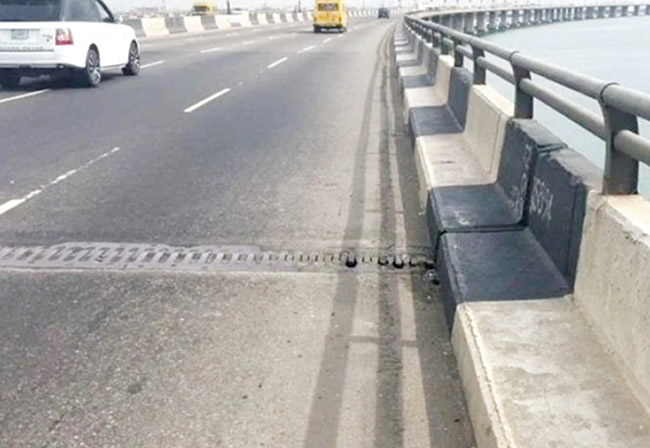 The Federal Ministry of Works has reopened the Lagos Third Mainland Bridge to motorists.

The Controller of Works, Lagos, in the Ministry Mr Olukayode Popoola, on Sunday, January 31, said that the total shutdown of the Third Mainland Bridge would be lifted at midnight of Jan. 31, 24 hours ahead of schedule.

Popoola told the media that the contractor was able to complete the repair works on the Third Mainland Bridge on Saturday, hence the lifting of the total closure at midnight.

“The casting of the expansion joints was completed on Saturday. Therefore, the Third Mainland Bridge will be opened by 12 midnight on January 31.

“Motorists can start plying the bridge as from 12 midnight,” he said.

While thanking road users for their understanding, Popoola said that the reopening had been communicated to the Lagos State government and all relevant agencies to ensure seamless traffic on the highway.

It would be recalled that Popoola on January 27, announced a three-day total shutdown of the bridge from midnight of Friday to midnight of Monday, February 1 to allow for the replacement of three expansion joints.

The bridge, which is undergoing series of repairs, was partially shut on July 24, 2020, for another round of rehabilitation works.

Oladeinde stated, “Against the earlier projected Tuesday 2nd February opening for the Third Mainland Bridge as a result of the casting of the expansion joints, work has now been completed and the bridge would, therefore, be open a day earlier to vehicular movement, which is by midnight today, Sunday 31st January 2021.

“Lagos State Government expresses gratitude to Lagosians; especially those affected by the closure for their understanding, assuring that the Babajide Sanwo-Olu-led administration will continue to drive infrastructural growth in the State.

“The government hereby appeals to residents for cooperation; as all other ongoing rehabilitation projects will be completed in a very short while. The benefits, including safety, are for all and sundry.”

The repair, expected to last six months, was extended by one month due to the EndSARS protests in Lagos; thus extending the completion date from January to February.