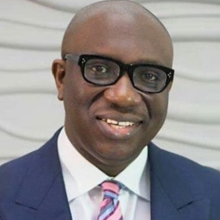 Under the arrangement the government is set to include and drive optimal population management initiatives programmes and projects towards ensuring human capital growth and development in line with international best practices.

The Commissioner for Economic Planning and Budget, Mr. Sam Egube, disclosed this during a stakeholders’ forum on Demographic Dividend Roadmap, organised by the Ministry, in collaboration with the United Nations Population Fund (UNFPA) Lagos Liaison Office, to sensitise Commissioners and Permanent Secretaries on the Demographic Dividend Policy of the State and its implementation.

He explained that Lagos was the first in the country to optimise its resourcefulness under the seventh Lagos State government/UNFPA Country programme, which highlighted the benefits of effective population plans, as well as programmes and projects from the best population management and control initiatives, through the promotion of demographic dividends.

His words: “Lagos was the first State in the country to act in line with the initiative, which under the seventh Lagos State government/UNFPA Country programme brought to the forefront benefits accruable from effective population plans, programmes and projects that could herald new thinking in terms of population management and control through the identification and promotion of demographic dividends in Lagos State”,

Speaking on the significance of the forum, Egube said it is expedient to organise a comprehensive workshop for the current State Executive Council members, as well as the Permanent Secretaries, to sensitise and update them on the Demographic Dividend Policy of the State as well as the necessary next lines of action to be taken towards a hitch-free implementation of the policy.

“The State has produced Demographic Dividend guidelines in conformity with the State Executive Council directives with a view to ensuring that all Ministries, Departments and Agencies (MDAs) factor the demographic dividend opportunities into their plans, programmes and projects”, he added.

The Commissioner averred that the successful implementation of the Demographic Dividend roadmap would enhance governance, through the positioning of informed plans and programmes, targeted at sustainable economic growth and development of the State and country in general.

Egube said also revealed that the second level of the Demographic Dividend sensitisation had been conducted for Directors and some top management staff of the Ministry of Economic Planning and Budget, noting that the workshops run-up to the Executive Council presentation expected to come up later.

NNPC In 2021: A Roll Call Of Significant Achievements