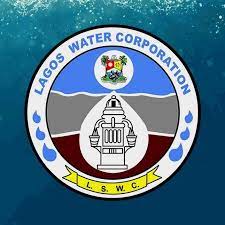 Badmus stated that on completion of the ongoing Intervention Rehabilitation of 45Million Gallons per Day (MGD) Iju Waterworks this month, potable water will be supplied to the Community and other parts of the State to celebrate this yuletide season.

He added that the Iponri Mini Waterworks now in operation and Adiyan Waterworks expected to commence operation soon will also complement water production and supply from the Iju Waterworks, as Water is important in our daily life activities.

Noted that the State Government is ever committed to supply everyhome in the State, that is why she currently embarked upon great number of projects to increase Water production, distribution and expansion, as the State has placed much priority on water sector.

MD further explained that the problem of aging infrastructures, among others prohibiting water production and supply in the State is beyond the Corporation, however thanked Mr. Babajide Olusola Sanwo-Olu (Governor of Lagos State) led administration for his pragmatic approach/ intervention toward emergency resuscitation of Iju, Adiyan Waterworks and Akute Intakes.

In his contribution, the LWC Director, Sales and Commercial Mr. Ajose Michael has urged the residents of the community and the State at large sustainability of the water supply to complement Government’s efforts by paying water bills as when due.

In his swift response, the Olotto of Otto however, pledged his support for sustainability of the water supply and assured that the Community will deal with any water vendors disrupting access to potable water supply in the area.

Recall that the State Government as embarked on intervention rehabilitation of major Waterworks of 45MGD Iju, 70MGD Adiyan Waterworks, Akute Intakes and Complete Rehabilitation and Expansion of Ishasi Waterworks from 4MGD to 12MGD to boost and improve service delivery in State.

Earlier, the Corporation had reported that following the ongoing Construction of the 70Million Gallons per Day (MGD) Adiyan phase II Water Treatment – Plant – Project, the Lagos State Government, through Lagos Water Corporation has also commenced building an 8Km pipeline, from River-Ogun down to the Adiyan Headworks.

On completion, it will serve over 3million residents in the western axis of the State. Benefiting communities will include, Ikotun, Idimu, Isolo, Agege I & II, Ajegunle, Lagos west, Amuwo Odofin etc.