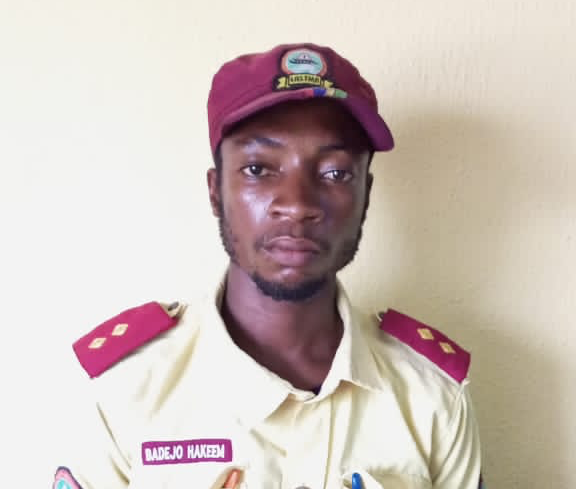 The Lagos State Traffic Management Authority, LASTMA, has arrested a member of a syndicate that parades themselves as officials of the Authority around the Lekki area of the State.

The suspect, 27-year-old David Oluchkwu, who was arrested under the Lekki Bridge, Wednesday, while in the act, confessed to having been impersonating LASTMA officials and extorting money from different motorists, particularly commercial bus drivers, popularly called Danfo.

The suspect, an indigene of ‘Ukpu’ in Anambra State, confessed to making an average of N40,000 every day from the illegal traffic business.

Items like a fake uniform, beret, and Identify Card were found on him during the arrest.

LASTMA General Manager, GM, Bolaji Oreagba, in a statement issued by the Director, Public Affairs Department, Mr Adebayo Taofiq, explained that the suspect was nabbed by a LASTMA patrol team while on duty monitoring and controlling traffic around the Lekki axis.

Preliminary investigations conducted by the agency revealed that the suspect belonged to a criminal gang and they have been extorting huge sums of money from innocent motorists apprehended for various traffic offences ranging from not using seat-belt, obstructions, illegal over-taking and one-way at different locations across the state.

According to Oreagba: “The suspect was apprehended, after our patrol team sighted him fully kitted with a LASTMA uniform on black jeans collecting money from different commercial bus drivers who were illegally dropping and picking passengers under the Lekki bridge.

“It is disheartening for some unscrupulous elements impersonating LASTMA Officials and extorting money from innocent motorists, thereby denting the good image of the Agency before the public.”

The suspect, with no fixed address, narrated: “Any motorists I caught driving against traffic (one-way) paid a minimum of N50,000, while other traffic violators were charged with different fines