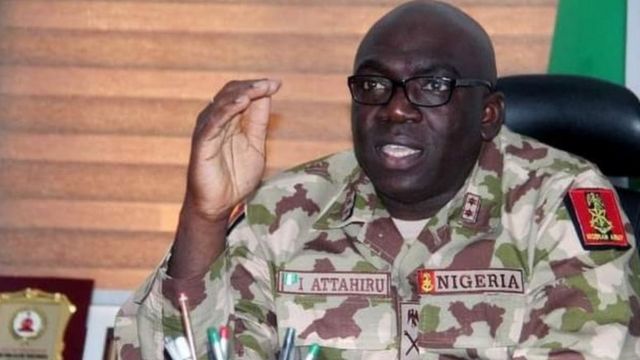 The burial proceedings of the late Chief of Army Staff; along side six other top officers who lost their lives in an air crash in Kaduna will take place at the National Military Cemetery.

In a statement the Director, Army Public Relations, Brig General Mohammed Yerima, said, “It will commence at the National Mosque and National Christian Centre, Abuja by 1000hrs respectively. Consequently, the internment for the late COAS and 6 other senior officers will take place at the National Military Cemetery, Abuja today by 1300hrs (1 pm).”

Attahiru died alongside other top Army Generals in a plane crash in Kaduna StatePresident Muhammadu Buhari among other prominent Nigerians have expressed their sympathy over the incident.

In a condolence message by his Special Adviser on Media and Publicity, Mr Femi Adesina, in Abuja on Friday; Buhari condoled with families of the deceased, the military, and Nigerians in general.

He described them as “heroes who paid the ultimate price for peace and security in the land.”

While praying that God receives the souls of the patriots, the president said the crash “is one mortal blow to our underbelly; at a time our armed forces are poised to end the security challenges facing the country.”

He pledged that the departed would not die in vain.