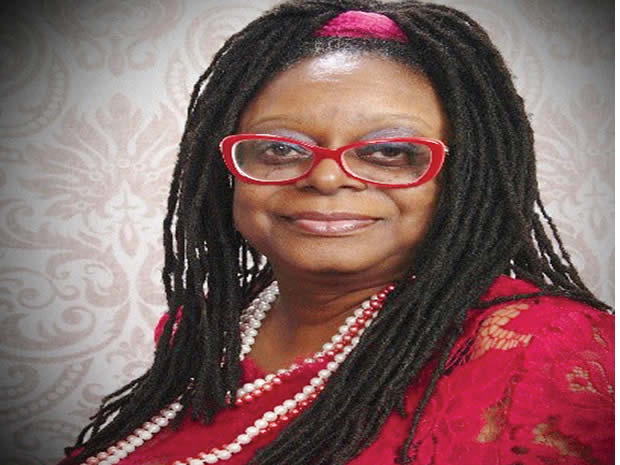 The Lagos Chamber of Commerce and Industry (LCCI) has called on those opposing ongoing reforms in the country’s entire energy sector, to consider the negative impact of subsidy regime had had on the national economy as well as private businesses.

The Chamber said that what is required at this point is for the legislature to be proactive by formulating and implementing policies to facilitate sustainability as business operators grapple with the devastating impact of the COVID-19 pandemic.

Mrs. Toki Mabogunje, President, LCCI, gave the advice at a press conference on the state of the economy, on Tuesday in Lagos.

She said that the Chamber endorsed the adoption of the cost reflective tariff regime in the power sector, while noting the push back by the labour unions on the policy.

The LCCI president said that the cost tariff regime was inevitable to attract investment and improve power supply, though safeguards were needed to protect consumers from exploitation.

“If the economics of the investment is not right, investors will not inject capital into the sector.

“However, there should be safeguards to protect consumers from exploitation.

“There should comprehensive metering of consumers and there should be value for money.

“We believe that policy should be given a chance,” she said.

The LCCI president said that the Solar Home Initiative, aimed at expanding energy access to 25 million individuals through the provision of solar home systems or connection to a mini grid, was a step in the right direction.

She said that the initiative would stimulate growth and productivity in the country’s rural economy.

Mabogunje commended government on the recent reforms implemented in the downstream segment of the oil sector.

She said the removal of subsidy on Premium Motor Spirit and the proposal of the Nigerian National Petroleum Corporation (NNPC) to give up majority stakes in the four local refineries were laudable.

Mabogunje, however, appealed for the provision of mass transit buses, development of rail system for intra city and intercity transportation, and the acceleration of the auto gas programme so that more vehicles could be powered by gas.

“We believe these measures are steps in the right direction in rescuing the economy from deepening fiscal crisis.

“We note that the subsidy regime had for long constituted a huge burden on public finances, encouraged corruption, inefficiencies, deterred investment flows, and weakened the earnings performance of oil refining and marketing companies.

“We acknowledge the effect of the price hike on the vulnerable segments of the society, accordingly, we request that palliatives be provided in form of mass transit buses among other initiatives to ease the burden on consumers,” she said.

Mabogunje also called for the expeditious passage of the Petroleum Industry Bill (PIB) to consolidate recent reforms in the sector.

On the various fiscal and monetary interventions by the government, Mabogunje said the schemes would help with fulfilling payroll obligations and help protect the jobs within the SMEs sphere.

She, however, said that special attention be given to sectors severely impacted by the pandemic.

“The Lagos Chamber acknowledges the various interventions of the fiscal and monetary sides of authorities in mitigating the adverse impact of the pandemic on economic and business environment.

“The federal and state governments need to expeditiously redirect attention to these sectors including aviation, hospitality, entertainment, and manufacturing.

“This has become necessary to protect jobs, preserve investments and provide the much-needed liquidity required to revive these sectors,” she said.

The LCCI president said the chamber noted the weak performance of the economy at sectoral level, particularly among key sectors with potential to drive economic diversification.

She said that the 6.1 per cent contraction of the Gross Domestic Product (GDP) in the second quarter reflected the  profound impact of the pandemic on the economy.

Mabogunje said the Chamber anticipated a marginal improvement in GDP growth performance by the third quarter.

She attributed the anticipated improvement to the declining trend in the rate of confirmed cases of COVID-19, relaxation of various containment measures and the increasing tempo of economic activities.

On the nation’s accelerated inflation rate, the LCCI president said the persistent pressure on consumer prices stemmed largely from the sustained uptrend in food inflation.

She said that the recent incidents of flooding in key food-producing states in the North had wiped off food and cash crops on a large scale and disrupted output projections in agriculture.

Mabogunje said that the situation, if not expeditiously addressed and managed, would escalate the pressure on food prices, thereby putting the country on the verge of a food crisis.

She stressed the importance for fiscal authorities to work toward developing a multimodal transport system to reduce logistics costs and improve efficiency in conveyance of food commodities from farms to markets.

“According to local media reports, over two million tons of rice were lost to flood; other crops such as sorghum, corn and millet were also affected.

“Looking forward, the Chamber expects inflation to sustain its upward trajectory for the rest of the year.

“The Lagos Chamber calls on the fiscal and monetary authorities on the need to synergize to moderate domestic prices to a level conducive for sustainable and inclusive economic growth.

“The Federal Government might need to reopen the land borders to give succour to food prices in the light of lower domestic food supply amid huge demand for food.

“Similarly, both the Federal and State Governments also need to promptly address the issue of food wastage, majorly responsible for the food supply gap being experienced in the country.

“Government intervention and private sector investments are needed to enhance mechanization as well as storage to minimize post-harvest losses,” she said.

Mabogunje also expressed concern over the nation’s rising debt profile of N31trillion which she said was without corresponding impact on output growth and economic development.

According to her, the growing level of the country’s debt was fast becoming unsustainable in the light of dwindling oil prices and production.

She said that the high level of debt servicing continued to hinder robust investments in hard and soft infrastructure, which were key to stimulating productivity and improving living standards.

“We note the increase in public debt stock was fueled by fresh domestic and external borrowings required to plug the wider fiscal deficit in the revised 2020 budget, given the impact of the pandemic on oil and non-oil sources of revenue.

“We also note the impact of recent exchange rate depreciation on the country’s level of external indebtedness.

“Adding this to prospective domestic issuances could possibly push the country’s public debt stock to around N34 trillion by year-end, equivalent to 23 percent of GDP,” she  said.

Mabogunje said this was evidenced by the sharp plunge in the level of capital imported into Nigeria from $5.9 billion in the first quarter to $1.2 billion in the second quarter, partly caused by the capital control policy of the Central Bank of Nigeria.

“The Chamber notes the various policy measures taken by the Central Bank of Nigeria to conserve the country’s foreign exchange resources in the light of weakening dollar inflows precipitated by the global pandemic.

“While the Lagos Chamber appreciates the efforts of the apex bank in preserving the scarce foreign exchange resources at a time the economy is confronted with the twin challenge of lower oil price and production, we believe demand management strategies alone are not sustainable solutions to the recurring foreign exchange crises.

“It is thus imperative to address supply side issues.

“This could be policy related and could also be related to fixing the structural factors impeding output and competitiveness in the economy,” she said.

On insecurity, the industrialist, expressing grave concerns about the rising spate of insecurity in the country, called for an urgent review of the current security architecture to fix the seemingly worsening situation.

Mabogunje also sought for a dispute resolution framework that is fair, just and equitable to address the disputes between the Nigeria Customs Service and importers to improve the nation’s ease of doing business ranking.

According to her, the resolution of disputes with the Nigerian Customs Service on import valuation and classification matters is becoming increasingly challenging for the business community.

She sought an equivalent of the tax tribunals that resolves tax disputes between the taxpayers and tax authorities.

“There is too much discretionary powers in the process.

“In the bid by Customs Service to achieve its revenue target, importers including manufacturers are subjected to arbitrary valuation and classification which results in increases in the cost of imports including raw materials.

“Regrettably, there is no credible dispute resolution framework to ensure fairness and equity in the resolution of such disputes.

“When importers have such complaints, the only window for appeal is still the Nigerian Customs Service.

“Importers are thus faced with a scenario where the accuser is also the judge,” she said.