Legislature Not To Delay Passage Of PIB- Lawan 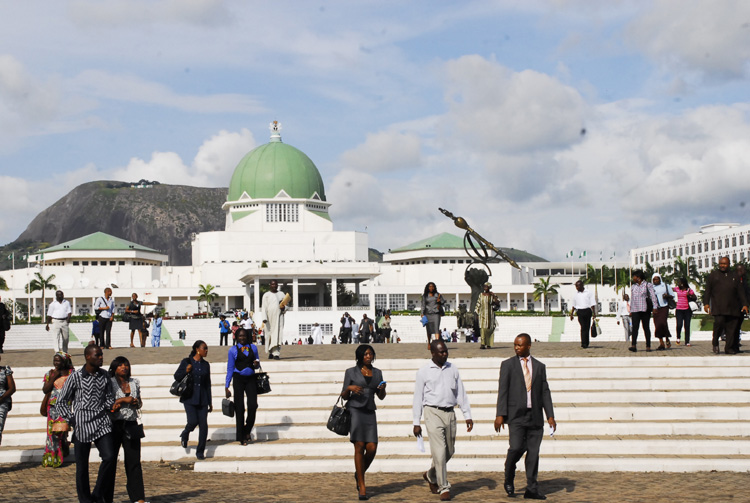 The National Assembly has promised to expedite action to see speedy passage of the Petroleum Industry Bill, PIB.

President of the Senate, Ahmad Lawan and the Speaker, House of Representatives, Femi Gbajabiamila gave the assurance on Monday.

They spoke at a meeting of the leadership of the National Assembly with the Minister of State for Petroleum, Timipre Silva, Group Managing Director of the Nigerian National Petroleum Corporation, NNPC, Mele Kyari and some other top officials in the Petroleum sector.

The meeting was to brief the National Assembly leaders on the focus of the PIB, which the Senate President confirmed, was forwarded to the Assembly about two weeks ago.

“The Bill has not been read at the floor of either of the two chambers of the National Assembly because the federal lawmakers are currently on recess but will resume session on Tuesday.

“It’s either the Bill or Bills were sponsored by the Executive and not passed by the Legislature as was the case in 2007, 2011 in the 6th and 7th Assembly,’’ Lawan said in his opening remarks.

“In the 8th Assembly, the Legislature sponsored the Bill, breaking it down to about three, it passed but there was no assent.

“Now, the Bill is an executive Bill coming to the National Assembly and the two chambers promise that we will break that jinx.

According to him, the 9th Assembly wants to work with oil industry stakeholders, have a very clear understanding of every provision so that, at the end of the day, “we will break that jinx together with you’’.

He said the Assembly would provide the oil industry with a legislation that would make it more effective and efficient at the end of the day.’’

The visit, the Senate President said, is the first meeting between the Petroleum Ministry and other agencies with the leadership of the National Assembly to discuss the essence and focus of the Bill.

On his part, Gbajabiamila expressed confidence that the 9th National Assembly would break the jinx and pass the Bill speedily.

“The Bill has been long in the making for several years but I believe this is the session in which it will be passed.

“We will pass this Bill speedily, however, its passage will not sacrifice thoroughness.

“We will not sacrifice thoroughness on the altar of speed because it will be in the nation’s best interest.

“In the House of Representatives, we have assembled a crack team of legislators who are versed in the workings of the industry.

“It is an Ad hoc committee drawn from the House Committees on oil, upstream, downstream, local content and gas.

“So, there is a crack team that will be working with you as we are all trying to go to the same destination.

“Talking about passing it speedily, unfortunately, it is coming at the time when it will be competing with the passage of the budget,’’ Gbajabiamila said.

The Speaker described the Bill as “the most important legislation that will come out from National Assembly in the lifetime of this government.

“It is a most important piece of legislation because we all know what oil represents in terms of our economy.

“Everyone has been waiting for the arrival of the PIB.

“That is the legislations that is on the lips of every Nigerian, whether he knows anything about petroleum or not.

“It is the most popular and most common Bill”, According to him, everybody talks about PIB because oil represents the life wire of our state.

“That underscores the importance of this Bill,’’ the Speaker said.

There Is No Law Recommending Scrapping Of NNPC- Minister