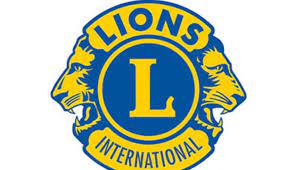 A non-governmental organisation, Ajao Estate Lion Club, District 404B1, Lagos, has sensitised parents on childhood cancer awareness and need to protect children against the pandemic.

The Club is also planning a $200,000 intervention towards its care-giver project with about 80 care givers for a start.

Mrs Benedicta Ashibuogwu, the District Governor of the Ajao Estate Lion Club, gave the advise during the club public awareness and fund raising in Lagos.

Ashibuogwu said that the club came together to create awareness on how to fight against paediatric cancer among children.

She said that the awareness became necessary to sensitise Nigerians and parents particular on rapid increase of childhood cancer.

Ashibuogwu said that the cancer awareness was part of the club’s programme for the year, adding that Nigerians were ignorant that child cactually could have cancer.

According to her, some Nigerians are not aware of the illness and many children are being loss due to cancer and ignorant of their perents.

“If childhood and adult cancer are detected early it can be treated and the victim can survive.

“We need to let Nigerians know that childhood cancer is not a death sentence,” she said.

The Lion Club District governor said: “There are so many challenges confronting parents in area of funding and cure, however, the Club has donated N2 million to LUTH to support any child who has cancer for treatment.

“We have different kinds of cancers in Nigeria that affects children and LUTH are specialist in that area and has statistic on affected children.

“As district, anybody who bring child can access the fund. We have also wrote our international partners for their support towards funding to assist Nigerian children against cancer.

“So, many Nigerian parents came from outside Lagos to treat their children who had cancer in LUTH, and it was observed that some parents left their children unannounced and ran away, ” she added.

Ashibuogwu added that the district

was also working to set up a care giver home at Federal Medical Centre in Yaba.

“We have being given a land and by February 2023, we will commence infrastructure and we plann to complete building within six months through our international partners.

“We are also calling on Nigerian to support towards the actualisation of this project.

“This is a goal we have to achieve by the club.

“We decided to go on awareness on childhood cancer and we are planning to go to church, mosque and other public places.

In her remarks, Mrs Oluwatoyin Odoziaku, President Ajao Estate Lion Club 404B, 2022/2023, said the club was concerned about the childhood cancer awareness programme in Lagos.

“We have involved various community development on the need to improve standard of living within our community.

“We took over the executives in July and we began empowerment programmes to 50 youths on self reliance training.

“We also donated 1000 exercise books to Ajao Primary School, textbook and other items.

” We are told the uniform is sold for pupils for N2,000, but some perents could not afford it.

” They are excited when we gave them the uniforms.

“We also gave 200 eye glasses to the elderly in October.

“We source for fund through partnership, corporate organisations and members donations.