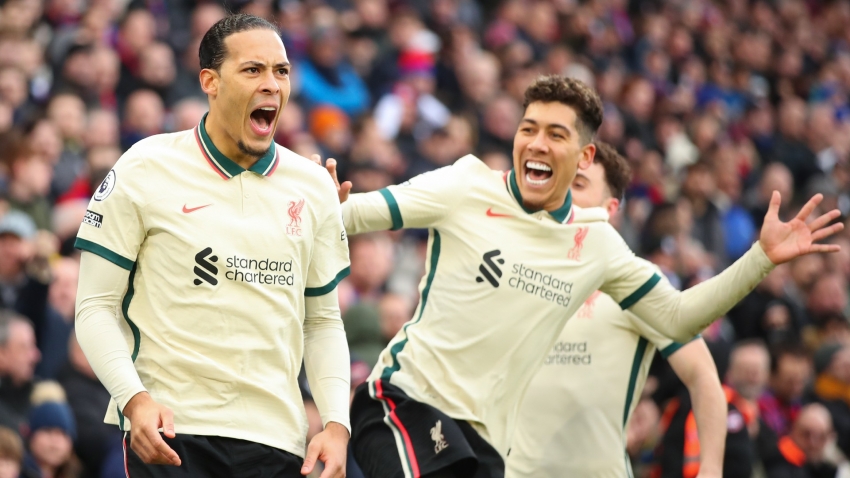 Liverpool closed the gap on English Premier League (EPL) leaders Manchester City to nine points with a 3-1 victory at Crystal Palace on Sunday.

Jurgen Klopp’s side recorded a remarkable 7-0 victory in this exact fixture last season.

They were soon in command as Virgil van Dijk and Alex Oxlade-Chamberlain struck in the first half at Selhurst Park.

Crystal Palace deservedly pulled one back through Odsonne Edouard just after the break, but Fabinho sealed all three points from the penalty kick spot in the closing stages.

Victory saw Liverpool reduce Manchester City’s lead at the summit after they were held 1-1 by Southampton on Saturday, while the Reds still have a game in hand.

A deflected Jordan Henderson strike forced the first save of the contest from Vicente Guaita.

But the Crystal Palace goalkeeper had no chance of stopping Van Dijk’s thumping header from Andrew Robertson’s out-swinging corner-kick a minute later.

Liverpool doubled their lead just past the half-hour mark as Oxlade-Chamberlain brought down Robertson’s inviting delivery and hammered home.

Crystal Palace eventually breached the Liverpool goal after 55 minutes when Mateta latched on to Jeffrey Schlupp’s immense throughball and selflessly squared to Edouard for a tap-in.

Joachim Andersen fired narrowly wide moments after and Alisson had to race back to parry Olise’s chip, as Liverpool negotiated a spell of sustained pressure.

Klopp’s side secured all three points after a lengthy VAR check adjudged Guaita to have fouled Diogo Jota, with Fabinho converting from 12 yards.(dpa/NAN)

Oba of Benin names his quadruples amid fun fare