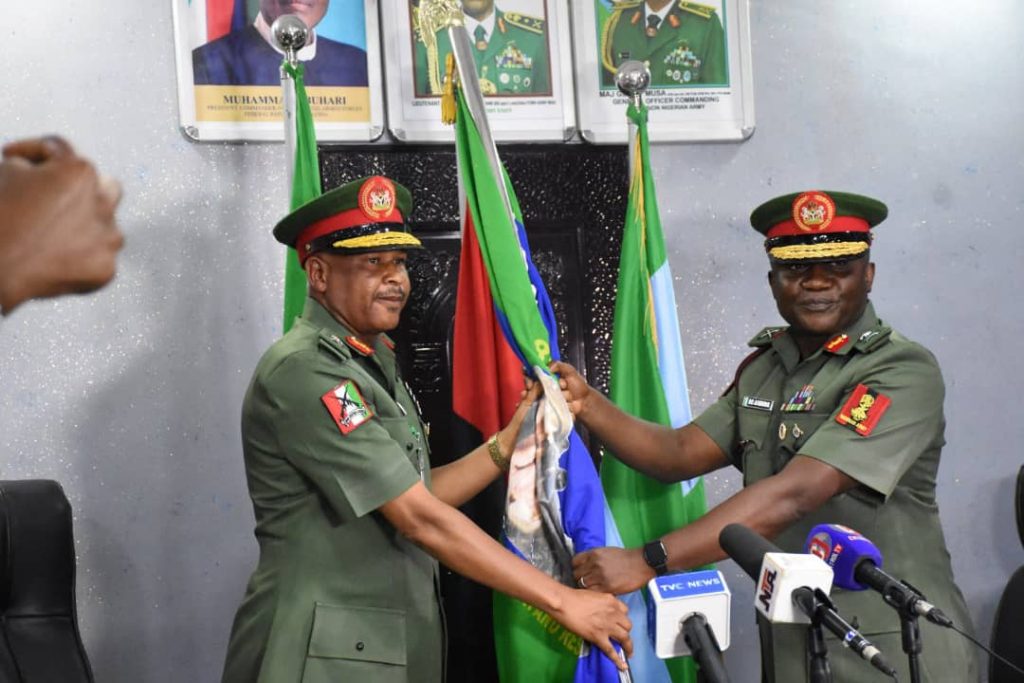 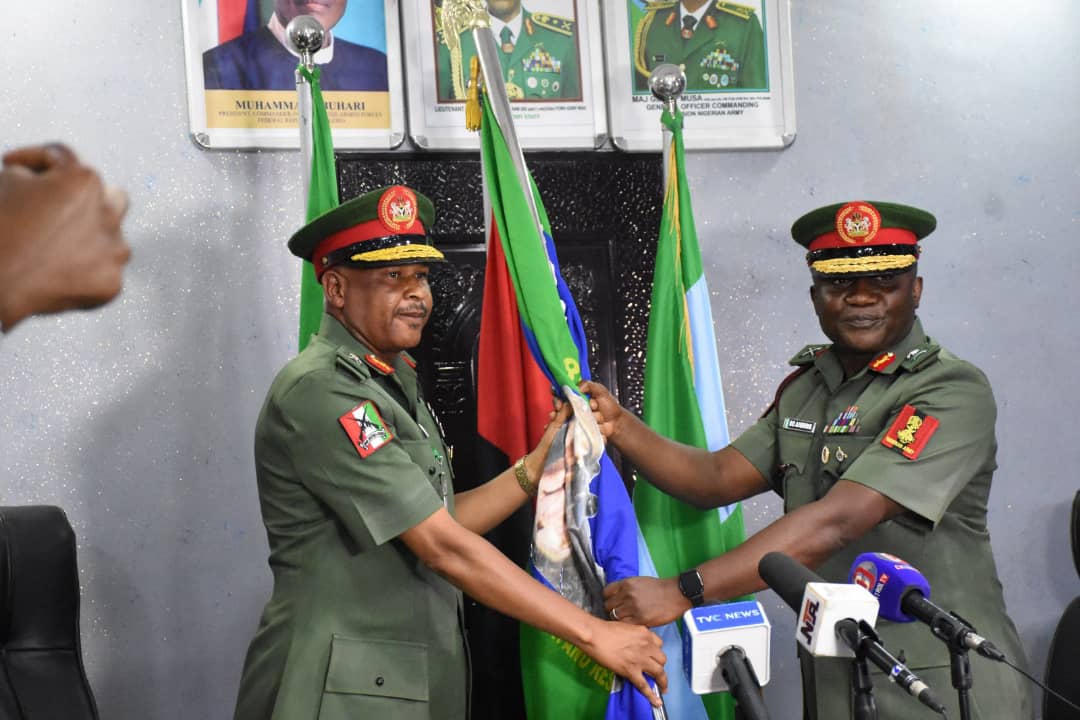 At the handing and taking over ceremony of the office of the GOC held at Headquarters 81 Division in Lagos Major General Ajunwa thanked the Chief of Army Staff for finding him worthy of this great responsibility.

He thereafter commended the immediate past GOC Major General Umar Thama Musa for taking the Division to greater heights.

Shortly before signing the handing and taking over notes at the Conference Room at the Division Headquarters on Tuesday, Maj Gen Musa charged officers to redouble their efforts to surmount the security challenges in the country adding that the Nigerian Army would do its best to truncate and deal with emerging security threats all over the country.

“As an Army, we are doing our best to protect the civilians. To the press, you have a key role to play in helping us solve the problem of this country.

“In Lagos, we have not had adverse reports. All we need is correct reportage. Help us blow our trumpets of all our activities for the enemies to know that we are surmounting them.”

On the killing of a policeman last week by some soldiers in Ojo, the former GOC explained that it was an unfortunate incident that arose as a result of an altercation between some policemen and soldiers.

“In the process, the policeman fired a shot and got the soldier on his ear, causing serious injury. It narrowly missed him but was rushed to the hospital.

In the course of reacting to the shot, the unfortunate incident happened. An investigation is ongoing and we have paid a condolence visit to the Commissioner of Police, Lagos State Command, CP Abiodun Alabi, and assured him that we are taking necessary action to avoid future incidents.”

The former GOC said the Division made appreciable efforts at arresting impersonators, adding that their synergy with the Nigerian Customs has yielded results leading to the arrest of a major vendor that supplies them uniforms, and has been handed over to the Department of State Security (DSS) for investigation.

Before the Quarters formalities, the outgone GOC decorated Maj Gen Obinna Ajunwa with the Division’s insignia and accoutrements as well as handing over of formation’s flag marking the formal taking over of duties and responsibilities of the division.

Until his appointment as the new General Officer Commanding, 81 Division, Major General Obinna Ajunwa was posted from the Nigeria Defence Section, Brisilia.

General Ajunwa urged senior officers of the Division to work as a team and demonstrate professionalism during the discharge of their duties.

He pledged to contribute to the success recorded so far.

“The only way to ensure success is to move the Division to greater heights” General Ajunwa said.

The immediate past GOC, General Musa expressed confidence in the ability of the new GOC to deliver on his new assignment.

He, therefore, thanked Commanders and Principal Staff Officers for the support and cooperation he enjoyed during his tour of duty and appealed for the same and even more to be extended to his successor.

Highlights of the occasion include the commissioning of some projects, the signing of handing and taking over notes, the quarter guard procedure, a group photograph, and a farewell address to troops.