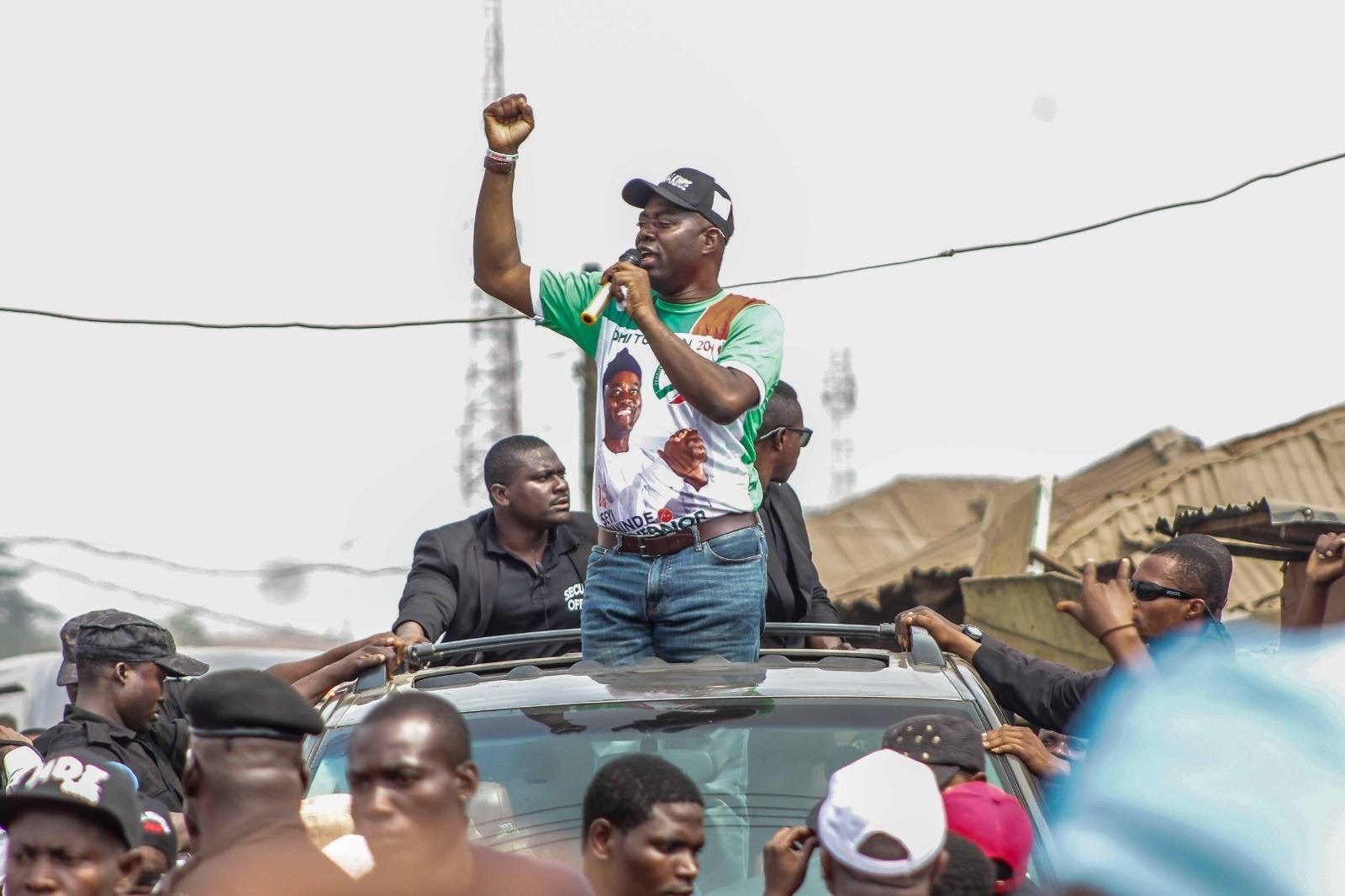 Oyo State Governor, ‘Seyi Makinde, on Wednesday, appealed the electorates to come out en masse and cast their votes for the candidates of the Peoples Democratic Party (PDP) in the forthcoming local government election.

The Governor stated this during the official presentation of flags to the party’s candidates contesting elections in Ibadan North-East and Ibadan South-East Local Government Areas in Saturday’s council poll.

A statement by the Chief Press Secretary to the Governor, Mr. Taiwo Adisa, indicated that the governor stated these at the event held at the Mapo Hall, Ibadan, adding that the Supreme Court verdict has validated the sacking of the 68 local government and local council development areas’ councils.

Makinde maintained that God gave Oyo State Government and the PDP victory at the court.

He added that the outgone chairmen caused a lot of crises but the will of God eventually prevailed.

The Governor said: “When we sent the chairmen away, the then Inspector-General of Police and Attorney-General of the Federation ordered that the Police should usher them back to their various councils, but about two weeks ago, the Supreme Court finally sent them away. This action, practically, has validated the exercise we want to engage in on Saturday.

“When I was elected as governor of the state and I got sworn in at the Liberty Stadium, we sent the ‘All-gone Chairmen’ away. Are they all gone now or not?

“It is not as if they did not cause crisis but we got the victory because God is bigger than them and we need to thank God for that.”

Governor Makinde maintained that the third tier of government would complement the developmental strides of the state government.

“So, I want to assure you that the local government will complement all the things we have been doing at the state level,” the governor added.

Makinde appealed to party faithful to support the standard-bearers, saying others who did not get tickets would be given other appointments.

His words: “Let me also say this: the election of Saturday will produce Chairmen, Vice Chairmen and Councillors. So, other party members who are yet to get something should please bear with us, as there are still some other positions like Secretary, Supervisory Councillors and others that are to be filled by party members.

“So, support them when they get to that position, because I know that you will get yours too in no time.”

The rally had in attendance the Secretary to the State Government, Mrs. Olubamiwo Adeosun; Deputy Chief of Staff, Hon. Mojeed Mogbonjubola; former First Lady of Oyo State, Chief (Mrs.) Mutiat Ladoja; commissioners and the leadership of the party at the State Working Committee level.