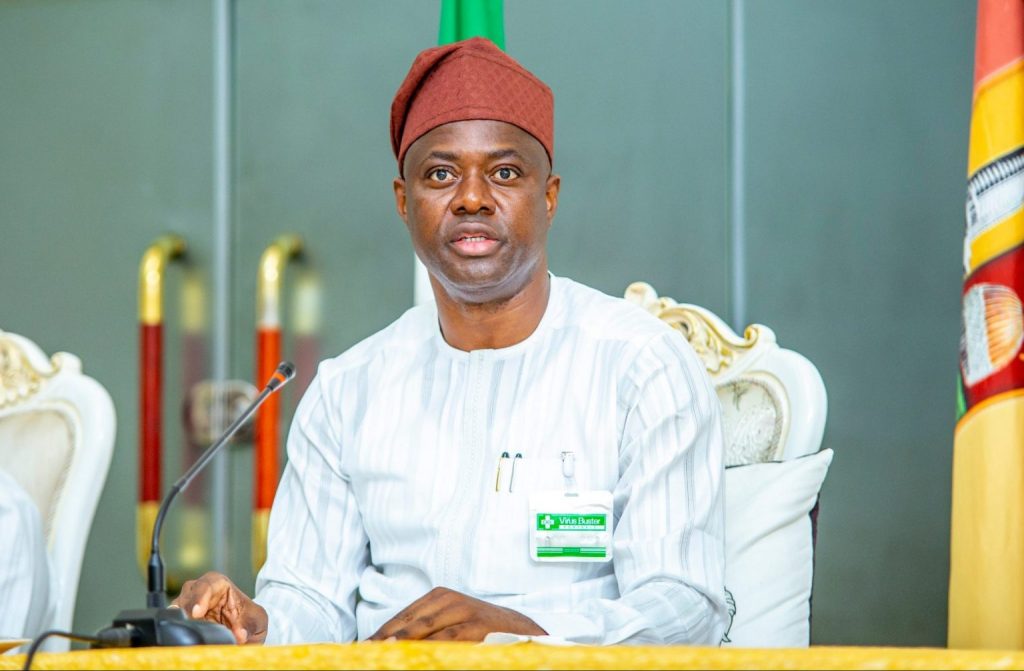 The campaign trail of Governor ‘Seyi Makinde of Oyo State moved to Surulere and Ogo-Oluwa Local Government Areas of the state, on Wednesday, where he promised to prioritise the welfare of traditional rulers and also revive the Oko Fruit Processing Factory in order to create more jobs for the teeming youths of the axis.

The Governor also told the people of the two councils how his administration was able to amicably resolve the sole ownership of the Ladoke Akintola University of Technology, Ogbomoso (LAUTECH), noting that he would solve the boundary issues with Kwara and Osun in the same manner.

He also charged residents of the state to elect candidates of the Peoples Democratic Party (PDP) in the National Assembly, governorship and State House of Assembly elections.

He stated that his administration achieved quite a lot under Omituntun 1.0 (2019-2023), and that he is set to do more if re-elected as Governor of the state on March 11.

Makinde met with traditional rulers, Muslim leaders and the Christian Association of Nigeria (CAN) in both councils.

He promised to evolve a sustainable system of allowance to the traditional system if he is re-elected as Governor, saying: “Judging from what I have experienced here today, you have shown to me that I am not a contestant but one who deserves continuity.

“I have noted what you all requested for and we know the challenges here – the porous border with both Kwara and Osun states.

“LAUTECH used to belong to both Oyo and Osun states and we promised to make Oyo become the sole owner and we have done that amicably.

“The same way we accomplished the sole ownership of LAUTECH is the same manner we will settle the border issues we are experiencing.

“But if it is net, they would have settled the statutory payment and whatever remains will be the five per cent that will come to the traditional rulers. But I said, as of that time, I didn’t know if it was gross or net but one thing I know is, if it is gross, it will be a little bit higher than net.

“So, I promised them that we will sit down to look at it and do the calculations. You may not get the gross completely but we will look at it, because we still need to do the needful for our local government workers, primary school teachers, primary health care facilities and the rest.

“I won’t promise what I would not do. 80 to 90 per cent of the time, we have delivered on what we promised our people.

“So, we will look at it. If gross is not sustainable, we will evolve a formula that will make what comes to you get a little boost.

“We are Pacesetters in Oyo State. Though the payment is five per cent, we can work round it here and make it six or seven per cent. We will evolve what is sustainable for us over and above what is stipulated in the constitution.”

The governor equally said that the state has achieved infrastructure that target the economic development agenda of the administration.

“All we have done are targeted towards the economic development of our state and I promised during 2019 campaign that we would evolve programmes and policies that will take our people from poverty to prosperity and we have laid that foundation.

“We got back the LAUTECH so that our children can conveniently go to their own state university and graduate in record time.

“We have started a major road network that can connect all our zones, because it is important for us to be able to easily move from Ogbomoso to Ibadan to Oyo to Oke Ogun and from there to Ibarapa zone.

“Once we have achieved all that, then, it means the zonal roads are completed and other infrastructure will come in.

“We have started Ogbomoso-Fapote to Iseyin. Out of the 76.8km, at least over 50 km has been tarred right now. We have also completed the major bridge over Odo-Ogun and I have driven on top of it myself.

“The road that links Awe from here is a major linkage between Ogbomoso zone and Oyo zone. We have not been able to deliver on it, but under Omituntun 2.0, we will construct the road.

“I can share with you the problem we have on that. The resources we have is limited. A particular administration has done some works before us and if we carry out a project that will not last two years, we will be back to square one.

“Go and examine the major roads our government is doing, they can last 15 to 20 years before we begin to talk of rehabilitating them. So, what it means is that we won’t go back to what we have done, and we will only continue to work freshly on those we have not touched under Omituntun 2.0.

Similarly, the Governor, while speaking at Oko, promised to revive the fruit juice factory in the area, in order to create more jobs for the teeming youths.

He explained that the road that leads to Arolu from Oko will also be fixed.

“I am standing here today to assure you that our jobless children and farmers will get jobs because, under Omituntun 2.0, the fruit juice factory in Iroko will be reactivated to accommodate them.

“Also, the road that leads to Arolu from Oko will be fixed. But let me tell you something, please come out en masse on the 25th of February to vote for Bisi Ilaka and Ojo Sunday Makanjuola SMATO as senator and House of Representatives members and on March 11, vote for me and House of Assembly candidate of the PDP.

“I guarantee that if Ilaka and Makanjuola get to Abuja, they will help Oyo State. If it is 10 things we are able to do now, we will be able achieve 20 when you elect them, because we would have a unity of vision and purpose.”

The Governor also made campaign stops at Odo Oba and Ajaawa, where he equally rallied residents to support him so as to continue to move Oyo State people from poverty to prosperity.