Man dies after falling into a well in Kwara 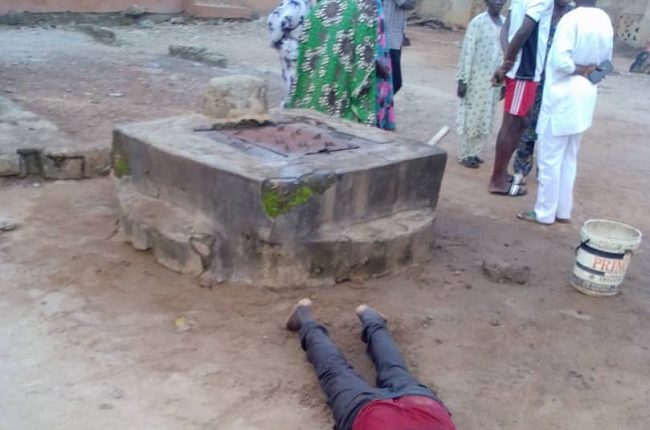 A 25-year-old man died on Monday at Omu-Aran, headquarters of Irepodun Local Government Area of Kwara, after falling into a well.’

Head of Media and Publicity at Kwara Fire Service, Mr Hassan Adekunle, confirmed this in a statement issued in Ilorin.

He stated that firemen were able to recover the corpse and handed it over to a family member of the deceased in the presence of police operatives.

According to findings, the deceased went to fetch water at the well very early in the morning but fell inside after a slip, Adekunle stated. (NAN)