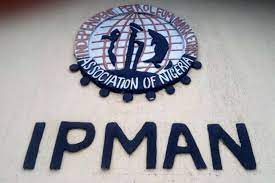 The Independent Petroleum Marketers Association of Nigeria (IPMAN) has advised Anambra Government to jettison the idea of a State Petroleum Committee.

The Commissioner for Petroleum in the state, Mr Anthony Ifeanya, said recently that he was waiting for Gov. Chukwuma Soludo’s approval to set up the committee.
According to him, the committee will monitor compliance to petroleum products quality and pricing by filling stations in the state.
But Mr Chinedu Anyaso, the IPMAN Chairman for Enugu Depot Community in charge of Anambra, Ebonyi and Enugu state, told newsmen in Awka on Monday that marketers were opposed to the idea.
Anyaso said the committee would create confusion and duplication of functions.
He argued that the rules and standards in the sector were set and monitored by the Nigerian Midstream and Downstream Petroleum Regulatory Authority (NMDPRA).
He said that NMDPRA was empowered by the Petroleum Industry Act (PIA) to approve, license, monitor, regulate activities in the sector and whoever had complaint should channel it to the authority.
He further said that marketers in the state had held several meetings with the commissioner but that the petroleum committee had never been discussed.
“IPMAN wants to advise that there is no need for the committee.
“Section 48(1) of PIA empowers NWDPRA to solely supervise activities of marketers and they have capacity to do their work.
“Such committees by state governments will only create confusion,” he said.
Anyaso said the government should rather collaborate with marketers to ease the challenge of procuring products and develop the industry.
He also underscored the need for the State Government to collaborate with other states to revitalise the Enugu Depot, which had been moribund for about 15 years.
He said that the problem of pricing of products was beyond state governments and that the increase could only be addressed by Federal Government and its agencies.
“For instance, how can Anambra Government enforce petrol at N165 per litre when we are buying N168 per litre at the depot, N2 for loading and about N12 for transportation.
“The landing cost is about N183 per litre. We don’t need additional confusion,” Anyaso said.
He further said that the group, along with Petroleum Dealers, was still dialoguing with the commissioner to review the consolidated revenue payable to government.(NAN)