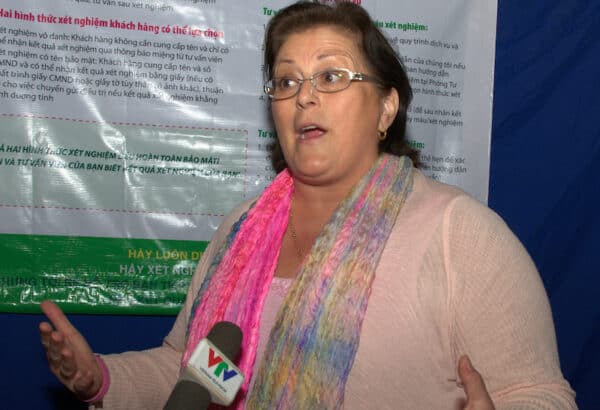 The experts made the call on Wednesday in Lagos at a forum hosted by United States Consulate in Lagos to discuss the new and continuing threats to press freedom and freedom of expression in Nigeria.

The forum was themed “A Conversation on Press Freedom, Freedom of Expression and Civic Space in Nigeria.”

In her opening remarks, U.S. Consul General, Claire Pierangelo, urged the media to remain vigilant to protect the right to freedom of expression and press freedom.

She said that the press must be both independent and unbiased to fulfill its highest civic purpose.

According to her, history is full of cautionary tales showing that when governments try to limit citizens right about certain topics, important conversations are pushed into the shadows.

Pierangelo, however, said that the U.S. understood that with more freedom came more responsibility.

“Advances in technology and increased reliance on social media platforms as a source of information make the accuracy and objectivity of reports more crucial.

“More than ever before, good journalism relies on accurate, in-depth and critical reporting of facts on matters of public concern or interest,” she said.

Lanre Arogundade, Executive Director of the International Press Centre, said that freedom of expression and the rights of media workers and institutions represented some of the most egregious human rights violation in the country.

He said that where the media was denied the opportunity of disseminating credible information, rumors would run in the information production mill.

“It sabotages the constitutional obligation imposed on the media by Section 22 to uphold the responsibility and accountability of the government to the people.

“A free press remains important for every democracy and plays a critical role in informing people about their rights, holding government accountable and allows for difficult questions to be asked and answered,” Arogundade said.

According to him, without press freedom, the government will be encouraged to continue to abdicate its responsibilities.

“The people become blind to their problems and do not even make attempts at finding out. If you don’t know the depth of a problem, it cannot be solved,” he said.

Soyombo also urged the media to rethink its survival and revenue generation mode.

This, he said, would help today’s media to be less dependent on patronage and funding from the government.

“What are the new realities for funding? We have to find a new model or tweak the old model.

“We operate in a society where a lot of people think their survival is dependent on the opportunities they can get for themselves.

According to her, so much emphasis is continually being placed on the government as stiflers of free speech, whereas big businesses are also guilty.

She added that the emergence of social media had helped to propagate fake news.

“There is no denying the fact that it has also helped to give citizens a voice.

“Social media has given people all over the world the ability to express themselves whether truthfully or not,” she said. (NAN)

WHO calls for moratorium on COVID-19 booster jabs