Meet Past Board Members Of PENCOM

In our ongoing publication on development of Nigeria’s Pension Industry, on our ‘Pension Talk’ we hereby publish past Board chairmen and Directors General as part of our enlightenment project.

Tajudeen Afolabi Adeola is a Nigerian businessman and politician. He is a member of the Commission for Africa, and is the founder and chairman of the FATE Foundation. and also one of the founders of Guaranty trust bank(GTB).

Adeola completed his secondary school education at Methodist Boys High School, Lagos. He obtained a Diploma in Accounting from Yaba College of Technologyin 1975 and became a Chartered Accountant in 1980 following his training with Deloitte, Haskins and Sells and D.O. Dafinone & Company (both Chartered Accountants). Over the years he has received professional development training at notable institutions worldwide including Harvard Business School, INSEAD, and the International Institute for Management Development in Switzerland.

In 1999, he completed a one-year sabbatical at the National Institute for Policy and Strategic Studies in Kuru, Jos, Nigeria, where he carried out research on economic development and job creation policies.

In 1990, he (together with Tayo Aderinokun) established Guaranty Trust Bank, which he managed as managing director/CEO from its inception in 1990 to July 2002. The bank has since expanded beyond Nigeria to other neighbouring African countries (The Gambia, Sierra Leone, Ghana and Liberia) and in United Kingdom. The bank became listed on the Nigerian Stock Exchange in 1996.

In 2002, Adeola voluntarily retired from Guaranty Trust Bank, after twelve years, handing over to his deputy, Tayo Aderinokun. Since then he has served as the chairman UTC, ARM, Lotus Capital, Eterna Oil, CardinalStone Partners Limited, Tafsan Breweries (board member), and Credit Registry Services.

He is also the chairman of Main One Cable Company Limited[5] which completed the construction of an open access submarine cable system that spanned 14,000 kilometres and provides international and internet connectivity to countries on the Atlantic Coast from Portugal to Lagos in 2010.[6]

Adeola served as Chairman of the National Pension Commission,[7][not in citation given] following the promulgation into law of the Pension Bill (principally authored by him), by the National Assembly of Nigeria. He chaired the Lagos State Disaster Relief Committee which was set up following the 27 January 2002 Lagos armoury explosion. He was the Vice-Presidential candidate of the Action Congress of Nigeria (ACN) serving as running mate to former Economic and Financial Crimes Commission chairman (EFCC) Nuhu Ribadu in the 2011 presidential elections.

Adeola established the FATE Foundation in 2000.[8] FATE is a non-governmental organisation which aims to encourage entrepreneurship, using a mix of training, mentoring, loan support and consulting to support young Nigerians. To date it has served over 30,000 young Nigerian entrepreneurs, of which over 65% are fully employed by their businesses and are employing on average about four staff.

FATE opened an innovation centre in Abeokuta, the Institute for Venture Design, in collaboration with the Centre for Design Research at Stanford University, which runs an entrepreneurship program focused on engineering, technology, and innovation, and which aims to promote development of industry in Nigeria.

Adeola served as a member of the Global Advisory Committee on Philanthropy of the World Economic Forum for four years. In 2001, he was invited to join twenty-four other business leaders for the Aspen Institute ISIB Annual Business Leaders Dialogue in Aspen, Colorado. In May 2004, he was appointed Commissioner on the Commission for Africa by the British Prime Minister Tony Blair.[9]

He was nationally decorated as Officer of the Order of the Federal Republic (OFR) in December 2002 by President Olusegun Obasanjo. He has an honorary doctorate from Nkumba University, Ntebbe, Uganda. Banker of the Decade in 2009 by the Vanguard Newspaper group. Distinguished Famous Alumni award by Yaba Tech. Zik Leadership in 2003. This Day Awards 2011 – Change Makers in Social Entrepreneurship. 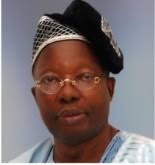 Mr. Oluwole A. Adeosun is the Chairman of First Funds Limited. Previously, in August 1987, he was appointed by the Federal Government to manage the affairs of First Bank Nigeria Plc till 1990, when he retired into private practice. Mr. Adeosun also worked at NAL Merchant Bank Plc, where he rose to the position of Managing Director and Chief Executive Officer in April 1979. He started his professional career with Coopers and Lybrand in London in 1967. Mr. Adeosun was the Chairman of FBN Capital Limited. He had, at various times, served on the bodies of committees set up by the Federal Government of Nigeria. Mr. Adeosun was the President of the Nigerian-American Chamber of Commerce between 1986 and 1989 and was later appointed as the President at the Institute of Chartered Accountants of Nigeria in 1992-93. He is a Fellow of the Chartered Institute of Accountants (England, Wales, and Nigeria) and Chartered Institute of Bankers Nigeria. Mr. Adeosun is an Economics graduate of the University of Yorkshire. 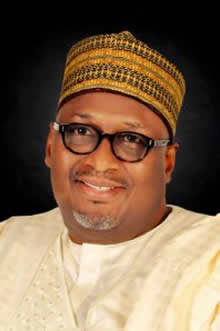 Mu’azu had his primary education between 1962 and 1968. And between 1971 and 1975, he attended Gindiri Boys’ Secondary School in the then Benue-Plateau State where he obtained Division one (Distinction) in the West African School Certificate Examination. He then attended the School of Basic Studies at Ahmadu Bello University, Zaria and later bagged a Bachelor of Science degree in Quantity Surveying with first Class honours. From 1980 to 1983, Mu’azu worked as a Quantity Surveyor/Project Manager in the Ministry of Health and Ministry of Social Welfare, Youth, Sports and Culture in Kano State. He thereafter returned to his alma mater in 1983 and received a master’s of Science degree in Construction Management. The new PDP National Chairman  served as property manager, Bauchi State Investment and Property Development Company before attending Birmingham University, United Kingdom and got a second master’s degree, this time in the area of Construction Economics. From 1984 until his election as state governor in 1999, Mu’azu worked as a businessman in the private sector. Between 1984 and 1987, he was chairman of the Federal Polytechnic in Idah and chairman of the Benue-Plateau Construction Company, Jos (1986 – 1990).  He was also a member of the Bauchi State Scholarship Board during this period. Between 1987 and 1997, he served in a number of capacities including director of the Nigeria Ports Authority and a member of the Bauchi State Rural Development Council. He won 56 per cent of the vote in the 1999 gubernatorial election and took office on May 29, 1999. He was re-elected for a second four-year term in 2003. He ran for a Senate seat in the 2007 general election but was defeated.

M.K Ahmad is a seasoned public sector executive with over 35 years of remarkable experience which traversed the financial services industry and the public sector.

He served as the pioneer Director General and Chief Executive Officer of the National Pension Commission (“PENCOM”) and oversaw the growth of the pension industry in Nigeria from ground zero to a N4.7 trillion Asset Under Management industry. He was also a pioneer staff of the Nigeria Deposit Insurance Company (“NDIC”) where he rose to become a Director.

M. K. Ahmad has served on the Board of various companies and committees including banks and not for profit organizations. In July 2016, he was appointed to be the Chairman, Board of Directors, Skye Bank Nigeria.

It was to MK’s credit that through quite but effective engagement Pencom made hitherto reluctant private sector employers and private sector unions get bought into the new Contributory defined contribution scheme. Very few private and public chief executives could be as quietly effective as MK. Chinelo Anohu-Amazu is a Nigerian lawyer, public servant and administrator. She is the immediate past Director General and CEO of National Pension Commission, (PenCom). She was a member of Pension Reform Committee of 2004 that introduces contributory pension scheme in Nigeria.

She is the pioneer member of the London stock exchange Africa Advisory group. In 2004, she became the pioneer Legal Adviser to PenCom in Nigeria. On the 14 December 2014, she was appointed the substantive Director General of the commission. She graduated with Bachelor of Laws Degree from the University of Nigeria at Enugu. She also has master’s degree in Telecommunication and Information Technology from London School of Economics. She attended Harvard University Kennedy School of Government, the London Business School, the Columbia University Graduate School of Business and the Wharton UniversityBusiness School for various Executive Education Programs.

She came from a family of six children. Her father is a scientist, while her mum is a banker, an educator with PhD in English language. Her mother is her role model; in an interview in Guardian newspaper she said “Well, I’m my mother’s daughter. This means I’m focused, ambitious and driven. But it also means I’m really good at being a homemaker. My mother excelled, excels, both in the home and outside of it. She bakes, cooks and everything. Till today she still makes my father’s food and she loves to do it. I was raised in an environment where it was not a big deal to take care of your own home. As a child I would be hiding reading a book and my father would seek me out and tell me, you must learn how to cook, wash clothes and keep house because you have not shown me any indication that you can afford house help.’”

Chinelo obtained Bachelor of law degrees from University of Nigeria, Enugu in the year 1996. She graduated from Nigeria Law School in 1997. In 2000, she received LL.M in Computer and Communications Law from the London School of Economics. As part of her educational trend; in 2008 she attended Columbia University Graduate School. In 2007, she studied at the J. F. Kennedy School of Government of the Harvard University. In the year 2002, she was at Wharton Business School, University of Pennsylvania for executive programs

Chinelo as  Director General and CEO of PenCom, grew PenCom asset in excess of N5.bn. She was a member of Pension Reform Team that introduced contributory pension scheme in Nigeria. Before her position as the DG of the commission she was the pioneer Secretary/Legal Adviser of the commission .