The former Director of Kenyan Law School and Anti-Graft Campaigner Prof. Patrick  Lumumba  has urged the  African Union(AU) and the Economic Community of West Africa (ECOWAS) to take the issues of migration seriously and find a better way to manage the challenges posed and proffer a long lasting solutions to it.

Lumumba said this at the virtual event of the African Migration Summit 2021 organised by the Journalists International Forum for Migration (JIFORM) in partnership with NEKOTECH in Accra, the Ghanian capital.

He advised the President of Ghana, Akufo-Addo to speak with the current AU Chairman, President Felix-Antoine Tshisekedi of Democratic Republic of Congo to address the issue of African migration.

According to him, “It is urgent that African Union and ECOWAS take issues of migration seriously, President Akufo-Addo should have conversation with the current AU Chair to deal with migration matter with all the seriousness it deserves.”

He argued that resolving issues of migration between Africans was critical to finding a lasting solution  to migration problems confronting  the continent’s migrants in the Middle East and Saudi Arabia. 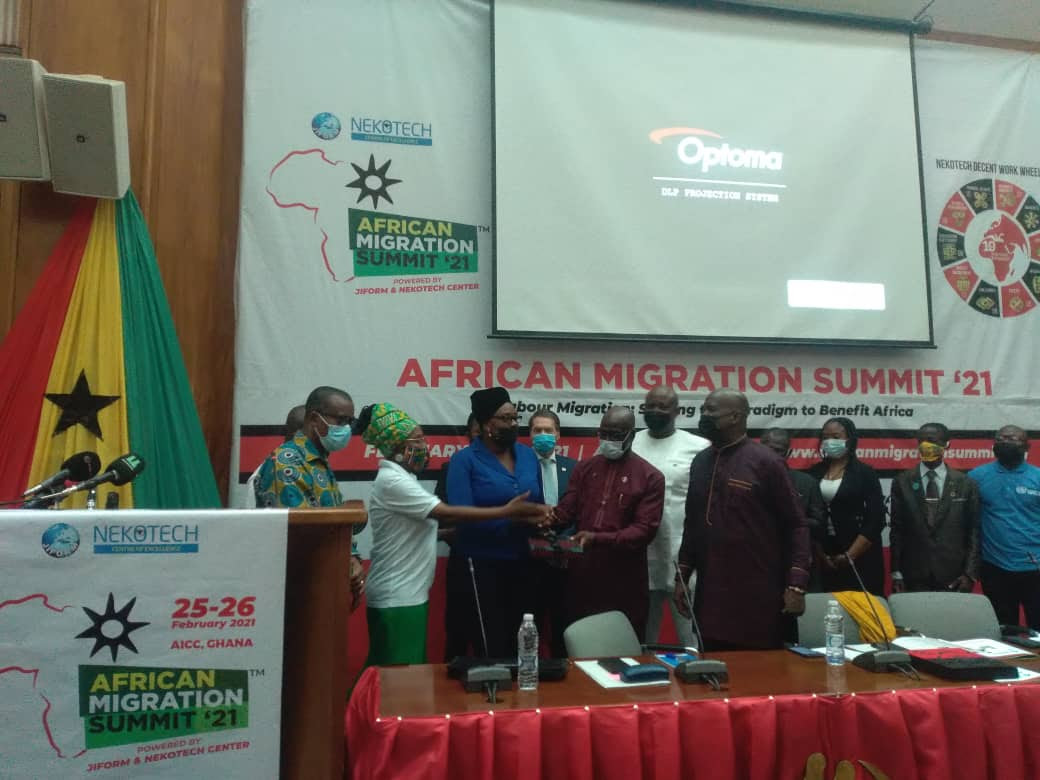 Similarly, the Ghana’s Foreign Affairs and Regional Integration Minister, Shirley Ayorkor Botchway, while speaking at the August event  contended that migration only becomes a good choice when African migrants secures decent work, opportunities and standard treatment in the Middle-East.

She listed the ingredients of decent work to include: respect for labour laws, promoting employment status, creating sustainable development and good labour welfare.

She called on African leaders to ban unlicenced recruiting agencies  and at the same create a conducive climate for the legally once to thrive in the interest of African migrants. 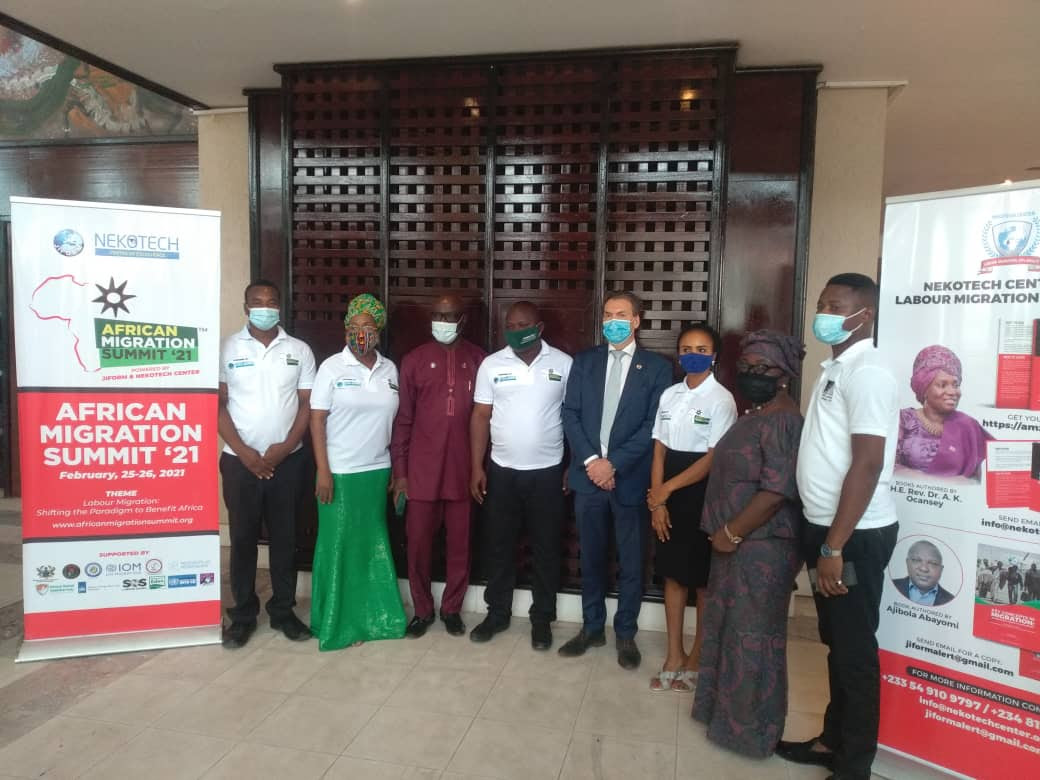 “Clamp down on recruitment agencies which are not licensed whilst creating an enabling environment for licensed ones to operate in the supreme interest of African migrants,”Ocansey appealed.
Contributing Ghana’s Director for Consular Affairs at the Ministry of Foreign Affairs and Regional Integration, Dr. Senalor Yawlui , also supported the abolition of the Kafala Migrants Hiring System of Contract Signing in agreement with the Ocansey suggestion .

“There is urgent need to abolish Kafala migrants hiring system of contract signing which is almost servitude, human rights abuse urgent engagement with the Middle-East authorities to regulate recruitment agencies whilst tracking down unscrupulous agencies”.

The President of Journalists International Forum for Migration (JIFORM) Ajibola Abayomi tasked world leaders to proffer solutions to immediately address head-on issues concerning   migration, which according to him has become a serious challenge to the world.

He added that the time to address it strategically is now.