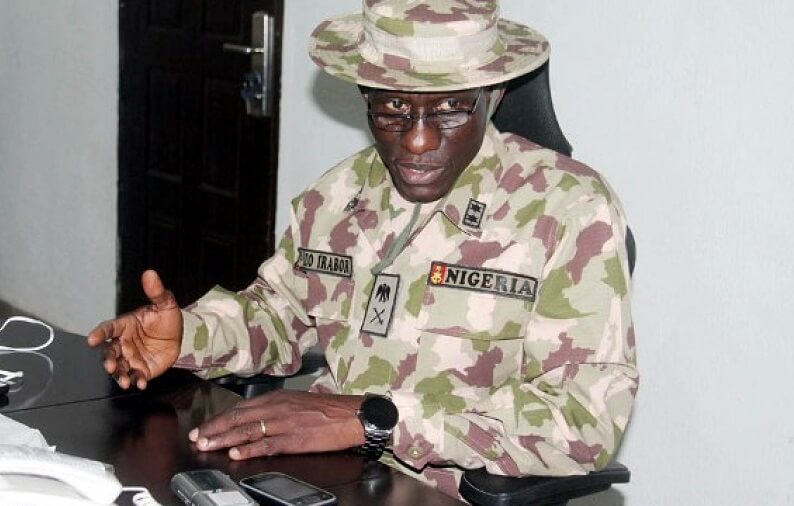 The Chief of Defence Staff (CDS), Gen. Lucky Irabor, has denied claims that military approach to insecurity in the South-East part of Nigeria is biased.

Irabor said this while fielding questions from journalists at a media briefing on Thursday at the Presidential Villa, Abuja.

Responding to a question on why negotiations were done with bandits in the northwest and repentant Boko Haram members being rehabilitated while military operations are scaled up in the southeast, the defence chief said that insecurity varies from region to region.

He described perceptions that military engagements in the North is different from those in the South, particularly the southeast, as false, adding that he had led discussions with key stakeholders in the south-east region.

Commenting on the role of Islamic Cleric, Sheikh Gumi, in the ongoing security operations in the Northeast, Gen. Irabor said the cleric does not work for the military.

He, however, added that the military would not prevent anyone from playing his part in the fight against insecurity.

Gen Irabor said: “We do not believe that anyone who intends to be a part should be inhibited from playing the role he wants to play, but what is of interest for us is that, whatever you do must not be at cross opposites with the objectives of the mission itself.”

He appealed to Nigerians to use means, other than violence, to pass their views to the government.

The CDS warned: “If anyone thinks he can try the armed forces, let him engage in any form of criminality.”

Recall that the recent launch of ‘Operation Golden Dawn’ in the South East had led to allegations of prejudice in military operations across the country.

The proscribed Indigenous People of Biafra (IPOB) condemned the move and described it as an attempt to intimidate the people of the region.

The group said it was disgraceful that the military operatives leave Northern Nigeria that is ravaged with terrorism and banditry, only to concentrate on the South-East and other southern regions.