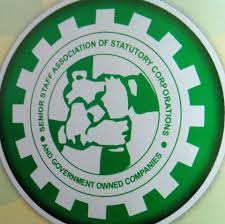 Senior Staff Association of Statutory Corporations and Government Owned Companies (SSASCGOC) has raised alarmed over cost of living that has impacted negatively on the National Minimum Wage.

The association’s President, Mr Mohammad Yunusa, raised the alarm in a communique he jointly signed with the General Secretary, Mr Ayo Olorunfemi on Sunday in Abuja.

The communique was issued at the end the Central Working Committee (CWC) meeting of the Association held in Abuja.

The association noted that many states were yet to implement the National Minimum Wage.

“CWC in session is alarmed at the rising cost of living in the country that has made minced meat of the National Minimum Wage, which some states are yet to implement.

“CWC in session advises the government to look for ways of improving the general welfare of the Nigerian workers and the entire citizens of the country.

“This is through increased economic diversification, enhanced productivity (resuscitation of moribund industries) and attraction of direct foreign investments into the country,” it said.

It also called on President Muhammadu Buhari to evolve pragmatic approaches to solve Nigeria’s social, economic and political challenges by engaging all stakeholders on all issues of national interests.

“We call on the government to look inwards to harness the country’s national and natural endowments.

“The bane of corruption in the society has assumed a hydra-headed level as the future of Nigerians yet unborn is being mortgaged.

“Therefore, the Federal Government of Nigeria and all citizens must genuinely confront and defeat corruption through deterrent penalties,”it said.

The association also frowned at the incessant threat to National unity by centrifugal and secessionist agitations.

It also called on the Federal Government and Nigerians to show respect, tolerance, justice and equity in handling the issues that affect the country’s corporate existence as a nation.

The association however condemned in strong terms the spate of kidnappings and the unbridled abductions of school children, students in tertiary institutions and travelers on Nigerian roads.

“We call on all levels of government to rise to their responsibilities of safe guarding the lives and property of citizens.

“We all know that a society that is not educated will not prosper because education is the backbone of development and travelling is part of education,”it said.

The association also noted with dismay the wanton vandalism of critical infrastructure such as the rail tracks.

It urged the Federal Government to purchase Rolling Stock and Locomotives for narrow gauge train services to reduce the rate of vandalism of rail infrastructures across the country.

The association also encouraged the Federal Government to put more efforts on the use of National Identification Number (NIN) in the conduct of businesses to avoid multiplication of registration, enhance proficiency and general security.

“CWC in session commends the Federal Government for assenting to the Companies and Allied Matters Act 2020.

“This has gone a long way in enhancing the ease of doing business in Nigeria to meet up with global best practice.

“The new Act gives the Corporate Affairs Commission (CAC) the opportunity to start end-to -end business registration electronically. It also increases the revenue and operating surplus to the Federal Government.

“CWC in session commiserates with the Ogun State Property investment Corporation (OPIC) on the demise of persons and huge losses incurred during the fire incidence that occurred on its property in Ikeja, Lagos,”he said.

The association, therefore, resolved to continually cooperate and work with all the tiers of government and the managements of member agencies and organisations.(NAN)