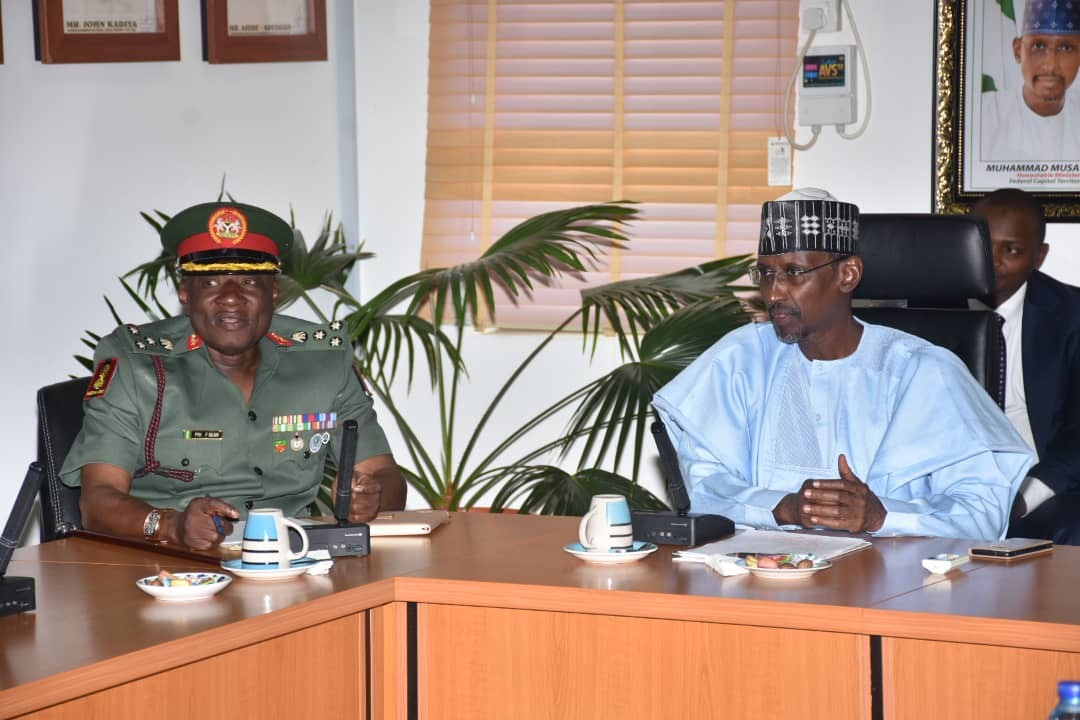 The Federal Capital Territory Minister, Alhaji Muhammad Musa Bello has stated that work would soon commence on the plot of land allocated for a new Secretariat for the NYSC FCT.

He said this is in pursuance of his administration’s determination to offer more support for the smooth operations of the National Youth Service Corps.

Alhaji Bello stated this in his office when the Director General of National Youth Service Corps, Brigadier General Muhammad Kaku Fadah paid him a visit.

He added that every stakeholder must rally round the Scheme and provide enabling environments that would enable Corps Members to give their best during the period of National Service.

Alhaji Bello, who reminiscenced on the fond memories of his service year congratulated General Fadah on his appointment as the nineenth Chief Executive of the NYSC.

He added that the existing relationship between the Scheme and FCT Administration has been very cordial.

“I really assure you that we will work very closely with you to improve the lots of NYSC in FCT”, the Minister said.

Earlier, the Director General of National Youth Service Corps, Brigadier General Muhammad Kaku Fadah appreciated the Federal Capital Territory Administration for its support to the Scheme, especally during Orientation Exercises, allocation of land for the Scheme’s operation in the FCT, as well as periodic renovation of the facilities at the Orientation Camp.