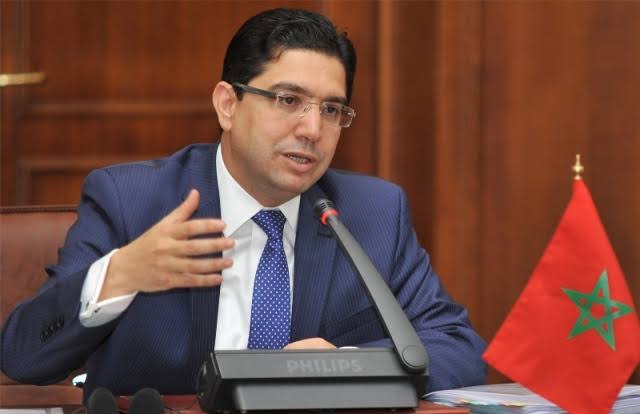 Morocco has expressed commitment to continue to work with Nigeria and other African countries as part of South-South cooperation.

Morocco’s latest efforts to develop South-South cooperation have seen renewed diplomatic talks with the foreign Ministers of Nigeria and Djibouti, on May 4.

While Morocco’s foreign Ministry has not released specifics of the conversations, it is likely, considering recent developments between the two countries, that it is at least somewhat related to the Nigeria-Morocco oil pipeline, and OCP’s efforts to help Nigeria stabilize its fertilizer production.

In March, President Muhammadu Buhari expressed his gratitude to Morocco’s King Mohammed VI, following the signing of a new fertilizer-related partnership worth $1.3 billion.

“This mutually beneficial partnership between our two countries is a true example of how intra-Africa trade and partnership should work,” stated President Buhari.

Buhari considered the project will aid in alleviating Nigeria’s food insecurity, and help to “address the unemployment and security challenges [Nigeria] is facing today.”

As for the Nigeria-Morocco gas pipeline, in February, President Buhari expressed his country’s determination to materialize, “as soon as possible,” the joint venture.

The project has been progressing at a fast pace since it was proposed in December 2016. Since then the project has already reached the second phase of front-end engineering design.

To intensify cooperation, The Moroccan Africa Cultures and Development Organization (OMA) announced the creation of a joint business council in March.

The creation of the council will strengthen cooperation and promote investment between the countries.

The council’s objectives cover promoting the interests of the two countries at the subregional, regional, continental, and international levels.

The joint council aims for the two countries to collaborate in different sectors, including agriculture, telecommunications, infrastructure development, energy, finance, tourism among others.

The cooperation is in line with King Mohammed VI’s South-South cooperation vision, based on continuous consultations, and the exchange of skills, expertise, including all of the continent’s relevant sectors.

In line with this vision, Morocco and Djibouti have also held talks today to reinforce cooperation in different fields.

The first agreement the two senior officials signed was a framework agreement of cooperation ensuring the establishment of a Joint Grand Commission, state media reported.

The job of the commission would be to define the guidelines for bilateral relations between the two countries in a variety of fields, from investment, renewable energy, to Islamic affairs, civil protection, and justice.

Both officials also signed a Memorandum of Understanding (MoU) to boost cooperation between the Moroccan and Djibouti ministries of foreign affairs in diplomatic training. The training aims to promote an exchange of experience and knowledge in the field. This reaffirmed both countries’ desire to further strengthen their commitment and relations in all areas.

Morocco also welcomed the results of the presidential elections. The Republic of Djibouti witnessed the election on April 9, 2021, confirming President Ismail Omar Guelleh for a five year term.

The virtual event also served as an opportunity for Djibouti to renew its constant support for Morocco’s territorial integrity and sovereignty over Western Sahara, among other matters of bilateral diplomacy.
“Djibouti renewed its firm support for a negotiated, consensual and final political solution, and insisted on the exclusivity of the United Nations in the settlement of this dispute,” a joint statement from the two ministers reads.