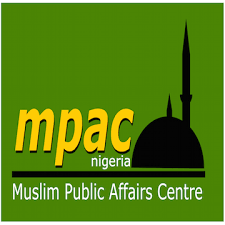 The Muslim Public Affairs Centre (MPAC) has bemoaned the killing Shaykh Ibrahim Iyiorji in his house in Isu, Onicha LGA of Ebonyi State, by suspected terrorists.

Shaykh Ibrahim Iyiorji was reportedly attacked in his house in Isu, Onicha LGA of Ebonyi State, on Sunday night, 4th of September, 2022 by gunmen alleged to be members of the terrorist group IPOB.

He was rushed to the Federal Teaching Hospital Abakaliki but eventually died on Monday 5th September, 2022.

Executive Chairman, MPAC Nigeria, Disu Kamor, in a statement queried: “Who targeted and murdered Shaykh Ibrahim Iyiorji? What was his crime to die in such a gruesome situation- murdered in cold blood in front of his family members?

“Who are those specifically targeting the Muslims of the South-Eastern states, who are largely indigenous to the area and now currently under existential threat due to domestic acts of terrorism?

“It will be remembered that MPAC has repeatedly called the attention of the government, the law enforcement agencies and the good people of this region to the growing threats faced by Muslims in this region, the dangers posed to freedom of practice of Islam and attacks on mosques.

“Once again, the government, the law enforcement agencies and the human right groups need to do more to ensure that these tragic stories end with this unfortunate incident of the murder of Shaykh Iyiorji.

“As we mourn the death of the Shaykh, and commiserate with his family and immediate community, we call on the governments of the South-Eastern region of Nigeria to take responsibility for the lives and properties of the Muslims living in the region, and save them from incessant attacks by those determined to exterminate them and eradicate the practice of Islam in the region.

“We call on the Nigerian Government to act now to ensure that no Nigerian carries a price tag as a result of the religion he or she practices anywhere in Nigeria.