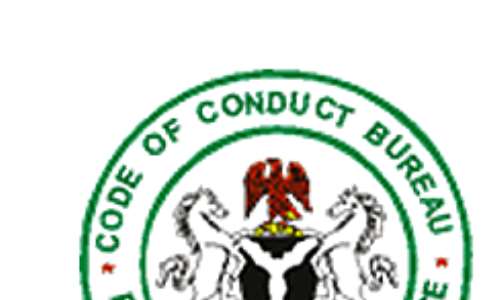 The Code of Conduct Bureau (CCB),has inducted into the “enhanced Freedom of Information (FOI) Hall of Shame” by Media Rights Agenda (MRA) for its persistent refusal to implement the FOI Act, 2011.MRA pledged to take legal action against the Bureau and its principal officials for their systematic violation of the Act.

MRA’s Programme Manager for FOI, Mr. Ridwan Sulaimon, noted in a statement in Lagos that by consistently refusing to comply with its duties and obligations under the FOI Act, the Bureau had degraded its own credibility and integrity, and thereby undermined its ability to carry out is functions of regulating the conduct of public officers and enforcing the Code of Conduct for Public Officers contained in the Constitution, which is aimed at ensuring integrity in public office.

Mr. Sulaimon noted that in the 2019 National FOI Compliance Ranking of Public Institutions released on September 26, the Bureau was ranked among the worst performing public institutions, saying “It is shameful that an institution which has the mandate to maintain a high standard of public morality in the conduct of government business and to ensure that the actions and behavior of public officers conform to the highest standards of public morality and accountability, has failed woefully to meet the basic requirements of transparency through its refusal to enforce the provisions of the Law which would help it achieve its institutional objectives.”

He said in the 2019 Ranking, conducted by six prominent civil society organisations in Nigeria to assess the level of compliance with the FOI Act by over 200 public institutions, the CCB scored only 15 percent and failed completely in 11 out of the 12 broad indicators used for the ranking, with the result that it was listed among the 100 worst performing institutions in the country out of those ranked.

Mr. Sulaimon explained that the CCB was being inducted into the Hall of Shame for the second time in just over one year because MRA’s detailed assessment of the Bureau information disclosure practices showed that it failed to carry out most of its obligations under the FOI Act.

These include its duties to submit annual FOI implementation reports to the Attorney-General of the Federation; proactively publish certain categories of information; designate an FOI Desk Officer to whom requests for information from the public should be directed; and train officials of the institution to ensure effective implementation of the Act, among other infractions.

The CCB was first inducted into the Hall of Shame on September 17, 2018 when MRA catalogued its various breaches of the FOI Act and noted that by the totality of its actions, the Bureau had exhibited an intolerably high level of disregard for basic principles of transparency and accountability despite its claim that honesty, transparency and accountability are its core values.

Observing today that the CCB remained unrepentant in its failure to disclose information to the public even on request, Mr. Sulaimon stressed that: “The Bureau is itself perhaps the biggest impediment to the enforcement of high standards of public morality in the conduct of government business, in contradiction of its own mandate. Its persistent refusal to disclose to requesters the assets declarations made to it by public officers based on flimsy excuses despite Para 3(c) of Part One of the Third Schedule to the Constitution, which makes it quite clear that the Constitution intends that citizens should have access to such assets declarations, is clear evidence of the Bureau’s complicity in the level of corruption among the ruling elite in Nigeria.”

Mr. Sulaimon noted that the Bureau has failed since 2011to proactively publish the required categories of information listed in Section 2(3)(a) to (f) of the FOI Act and had also refused to comply with its statutory reporting obligations as it has only submitted one out of eight annual reports on its implementation of the Act to the Attorney General of the Federation over the last eight years, in violation of section 29(1) and (2) of the Act and the Guidelines on the Implementation of the Act issued by the Attorney-General.

According to him, “The CCB has done almost nothing towards the implementation of the FOI Act. There is no indication whatsoever that it has provided training for its officials on the public’s right of access to the information held by it as well as on the effective implementation of the Act as required by section 13 of the Act; and it has not designated an FOI Desk Officer to be in charge of receiving requests from the public.”.

Sulaimon said given these and other unacceptable breaches of the law and in the light of the failure of the responsible government agencies to hold the Bureau accountable, MRA has no choice but to take legal action against the Bureau to compel it to perform its statutory duties and fully implement the Act. He added that the organization would be instructing its lawyers in the coming days to take the appropriate legal steps to enforce compliance.