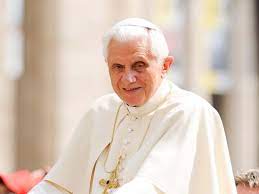 A Nigerian Muslim scholars group has commiserated with Christians worldwide over the death of ex-Pope Benedict XVI, who died on Saturday at the age of 95.

The group is headed by Gambo Barnawa.

The scholars extended their condolences when they paid a New Year’s visit to Yohanna Buru, the General Overseer of Christ Angelical and Life intervention Ministry, Sabon Tasha, Kaduna.

Mr Barnawa said they visited Mr Buru’s house to wish him a Happy New Year, using the opportunity to extend their condolence greetings to Christians worldwide over the ex-pope’s demise.

“He spent his life praying and preaching peace all over the globe while promoting tolerance and forgiveness to all mankind, irrespective of tribe, culture, religion, race and ethnic background,” stated the Muslim scholar.

“The world cannot forget the contributions of Pope Benedict XVI preaching peace, love, tolerance and forgiveness among all mankind.”

Mr Barnawa added, “I saw him in many Arabs and Asian countries with top Islamic scholars, Christians and world leaders preaching peace, harmony and forgiveness. The world will never forget him for his marvellous contributions towards promoting peace-building and inter-religious tolerance for world peace.”

Similarly, an inter-faith specialist in Nigeria, Ramatu Tijjani, the president of the Foundation for the Protection of Women and Children in Nigeria, joined world leaders to pay tributes to the late pope.

She said the world had lost a great leader who taught many people across the globe the importance of tolerance and forgiveness.

Ms Tijjani applauded the pope for his massive contributions towards promoting inter-religious and world inter-faith mediation and dialogue as a solution, condoling with Christians over the death of the ex-pope.

She encouraged Muslims and Christians to always live in peace and harmony, reminding them that everyone is one family under God, “from Adam and Eve.”