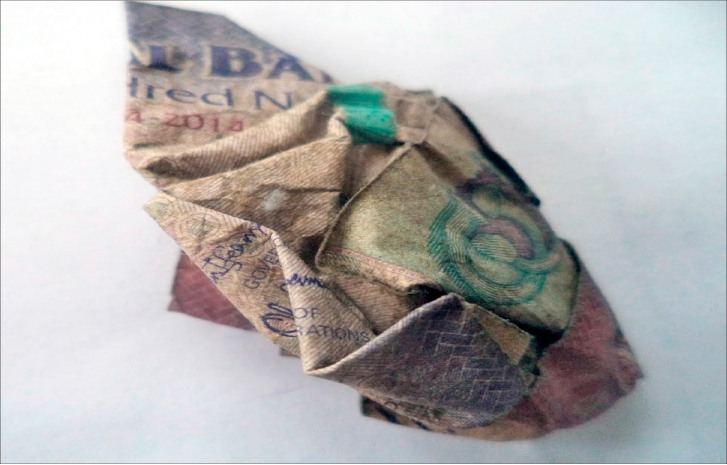 The Central Bank of Nigeria (CBN)  has said that spraying, selling and mutilation of naira notes is a criminal offence, which attracts five years imprisonment.

The bank therefore warned that anyone caught would be prosecuted.

It  assured marketers, merchants, shopping malls and supermarkets of the bank’s continuous injection of huge volumes of banknotes into the circulation.

The development, according to the Acting Director, Currency Operations Department, CBN, Mrs. Priscilla Eleje, was to preserve the pride of the country and  ease difficulties being encountered by the traders and customers occasioned by the inadequate circulation of the lower denomination banknotes like N200, N100, N50, N20, N10 and N5.

Mrs. Eleje, who was represented at the public sensitsation and enlightenment campaign at Alesinloye market by a Deputy Director of the bank, Mrs. Olufolake Ogundero, added that the bank recognises the important role markets play in economic transaction, hence the need for ease accessibility of the lower denominations to carry out economic transactions.

The leader of the market women, Mrs. Labake Lawal, assured the CBN of the cooperation of her members, stressing that “we will comply strictly with the agreed guidelines and utilise the banknotes for the intended purpose”.