My husband is too lazy, woman tells court 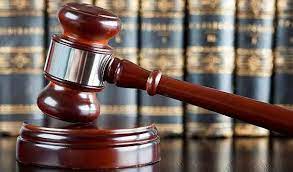 A businesswoman, Tawakalitu Sanusi, has asked a Mapo Grade A Customary Court in Ibadan to dissolve her 15 year-old marriage to estranged husband, Olaide whom she described as ‘’too lazy.’’

Sanusi said she is further frustrated by her husband’s alleged ineptitude when he barred her from having access to their three children.

“My lord, Olaide stubbornly turned down all available job opportunities provided by my father due to his pride.

“After losing his white collar job, I pleaded with him times without number to learn a trade or get a lesser job, but he was only interested in an office work.

“For instance, I got him a security job at the University College Hospital (UCH), but he told me that he cannot withstand staying awake in the night.

“Also, my father got him a job as a driver, but Sanusi bluntly refused,” Sanusi said.

She said she attempted to travel to Saudi Arabia to work as a domestic so that she can provide for him and their children.

“In order to keep the home going, I travelled to Abuja and Lagos to hustle and I regularly send money to my husband and the children.

“However, he has now denied me access to the children. He threatened to kill me if I ever go to his house to see the children again,” she alleged.

Olaide denied some of the allegations leveled against him.

“My lord, my wife constantly accuses me of bringing bad luck to her.

”When she got a visa to travel to Saudi Arabia, I supported her with N100,000. She kept me in the dark, believing that I will bring her misfortune.

“She decided on her own that she was no longer interested in the marriage when she filed this suit,” Olaide said.

He consequently prayed the court to grant him custody of the three children.

After the couple testified, the court’s President, Mrs S.M Akintayo adjourned the matter until Sept. 30 for judgment.

Akintayo, however, advised the petitioner and the respondent to maintain peace and order. (NAN)