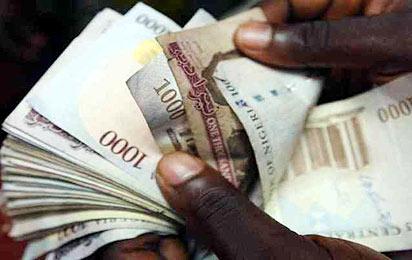 The figures were arrived at from media reports of prominent incidents where huge ransoms were paid to secure the release of abducted citizens, a private organisation and the Zamfara State government within the period under review.

There were also a lot of situations where ransoms paid to secure the release of abducted persons were not disclosed.

A report by SB Morgen Intelligence stated that at least $18.34m was paid to kidnappers as ransom between June 2011 and March 2020.

Also, the National Security Summit Report by the House of Representatives has revealed that as much as $2.4m were paid to secure the release of schoolchildren in five separate mass kidnapping incidents in the North-West in November 2020.

In April 2021, the Zamfara State Commissioner for Information, Ibrahim Dosara, said the criminals collected N970m ransom from victims’ families between 2011 and 2019.

On May 29, 2021 aggrieved parents of the abducted Great field University said they paid N150 million ransom and bought eight motorcycles for the bandits to secure the release of their children.

Similarly, an Abuja hotelier, eight others released after N15m ransom was paid to their kidnappers on July 2, 2021

Methodist Prelate, Kanu-Uche, and two other priests were recently kidnapped and freed after N100m ransom was paid on June 4, 2022.

The sum of N800m was paid recently for the release of seven train passengers last Saturday. Family of abducted Bank of Agriculture MD, Ali-Hassan had earlier paid N100m to secure his release.

The remaining families are expected to cough out N4.3bn for the release of their loved ones.

In addition, the wife of the owner of a supermarket in Lokoja, Kogi State, Ugochukwu Okpala, has been released after the family paid N5m as ransom to the kidnappers on March 22, 2022.

On Feb 21, 2022, gunmen kidnapped a nursing mother in Ogun State and the family paid N3m ransom.

In the case of six family members of the newly elected councillor representing Yangoji in Kwali Area Council of the FCT, Idris Ibrahim, their abductors refused to set their victims free despite collecting N2m ransom on April 19, 2022.

A security expert, Timothy Avele, lamented the inability of the various security operatives to stop those perpetrating the acts, adding that the scourge might get worse as we approach 2023.

He said, “I am sure the amount should be above N30bn. It clearly shows kidnapping is a big criminal industry now. It’s spreading very fast nationwide. Sadly, security agencies, especially the police and DSS are at lost on what to about it. Except miracle occurs along the line, it will get worse going into 2023.” – Punch