NAICOM Set For Adoption Of Risk Base Supervision Guidelines 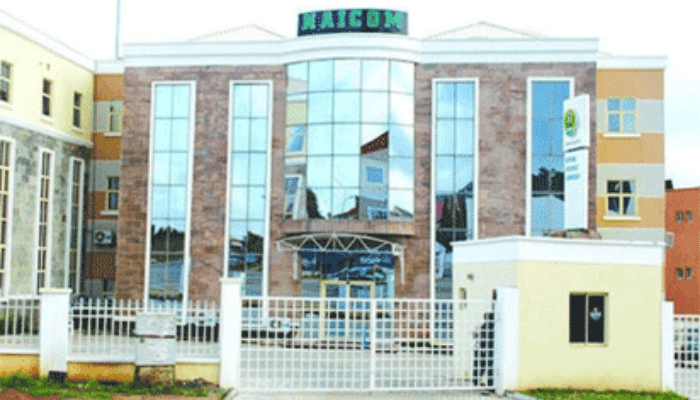 After initial pilot scheme of the Risk Based Supervision, RBS, in selected insurance companies by the National Insurance Commission, NAICOM, expected to set a yardstick that would enable final adoption on RBS guidelines across the entire insurance market, the regulator may soon set the rule rolling.

A total of eight insurance companies may have been selected by NAICOM for the pilot scheme with the view of extending the exercise to other insurance institutions subsequently.

The Commission had earlier conducted a similar exercise of RBS examination in 2021 with seven companies and eight companies have been scheduled for the 2nd half year of 2022 RBS commencing in August.

The NAICOM has started training its Staff on Risk-Based Capital (RBC) in collaboration with FSD, Africa, and insurance operators are expected to carry out capacity building of their Staff on RBC as the involvement of the operators on the RBC framework is very demanding in terms of human technical capacity and other resources.

The full implementation of RBC will start on or before 2024.

Mr Segun Omosehin, Deputy Chairman, Publicity Sub-committee of the Insurance Committee addressing the media tat the end of the August meeting of the committee in Lagos, said the regulator is keen at approving the implementation of the RBS.

The Insurers Committee had also on Thursday at the meeting said the the new guidelines on Bancassurance would soon be released by NAICOM to reposition the insurance industry for better performance.

The Insurers Committee consists of representatives of the National Insurance Commission (NAICOM) and Chief Executive Officers of all underwriting insurance companies in Nigeria.

The Committee is mandated to activate the industry’s change agenda and strategically reposition the insurance industry.

The reports that bancassurance is a relationship between a bank and an insurance company that is aimed at offering insurance products or insurance benefits to the bank’s customers.

Omosehin, also Managing Director, Old Mutual Life Assurance said operators were hopeful that the revised guidelines on bancassurance when released would address some of the concerns of operators on the guidelines currently in place.

“One of the issues raised is the constraint on an insurance company to have dealings with not more than two banks at a time.

“We are hoping that the regulator would consider some of the issues raised from the market and take them into cognisance in the new guidelines,” he said.

Omosehin said the insurance regulator also agreed at the meeting to implement the up-scaling of the Ecowas Brown Card and Third Party Motor Insurance policy in Nigeria.

He said: “What is left is to finalise an applicable premium to be charged for the policy and we are taking into consideration the views of all stakeholders before adopting an amout.

“Hopefully, that will be concluded on or before the end of September.

The sub-committee spokesman stated that the regulator also urged operators to participate more in annuity business and design annuity products for the market.

He said NAICOM changed operators to prioritise claims settlement and always looked for reasons to pay claims even when there were reasons not to.

The sub-committee representative said NAICOM, at the meeting, also encouraged operators to update and upscale their technology to a level of on-the-spot online synergy with the NAICOM portal.

He noted that the committee also deliberated on the need for a new insurance industry’s Stategic 10 years plan that would harmonise the strategic plan of each arm of the industry.

“The committee with NAICOM involvement would come up with a strategic plan for the industry, which would help operators achieve the industry’s wide objective and set a pace for it,” he said.

Omosehin noted that the committee set up for the Africa Continental Free Trade Area (AfCFTA) gave a report of progress on how it was exploring opportunities, enhancing market integration, cross-border transactions for the benefit of the industry.