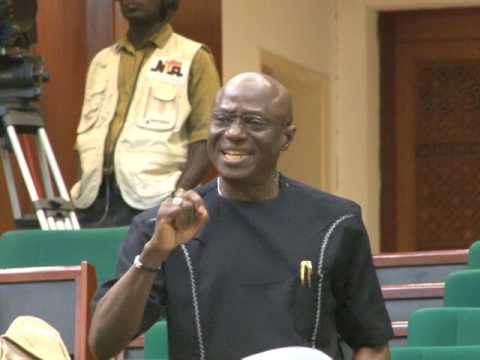 The National Assembly (NAS), has frowned at the absence of the Standards Organization of Nigeria (SON) from the nation’s Ports since 2011.

They said that this is paving way for substandard and prohibited goods to freely enter the country.

Enitan Dolapo-Badru, Chairman, House committee on industry who disclosed this when he lead his Committee Members on an overnight function to SON laboratory in Lagos said the members are resolute at ensuring that  the identified challenges are resolved soonest in order to expedite the return of SON back to the ports.

He lamented that the continued absence of SON officials who legally and professionally are more disposed to conducting test and physical examination of goods imported into the country has caused havoc to the economy and the loss of lives of innocent Nigerians who use such poor quality products.

“A lot of deaths from substandard products are recorded on a daily basis in the country. Tanker explosions, building collapses, fire resulting from poor electrical and electronics products, to mention a few.

“It is unthinkable that iron rods, vehicular tyres, gas cylinders, generators, etc are being imported into the country and SON is being prevented from entering the Ports to certify the goods before they enter the markets. This is so sad, he stressed.

Badru who insisted that Act2015 made it mandatory for SON to be at the ports, promised that his 18-Member Committee will do everything within their legislative powers to ensure that this anomaly is corrected, saying that; “We cannot substitute ease of doing business with quality or standards of products imported into the country”.

Also speaking at the occasion, Director General of SON, Malam Farouk Salim stated that despite the many challenges of the agency, SON is doing everything to ensure goods consumed in the country are of international standards

This according to him explains why SON is entering into strategic partnership with state governments to broaden the reach of its services through the establishment of more laboratories nationwide.

Salim disclosed that majority of the state governors are very keen at the partnership as about eight of them have allocated land and properties to SON in the last one month.

Recall that the Minister of industry, trade and investment Otunba Adeniyi Adebayo, while commissioning SON office complex and laboratory in Ekiti State recently, lamented that Federal Government was pained over hundreds of thousands of Nigerian lives cut short as a result of substandard and life threatening products peddled around the country.