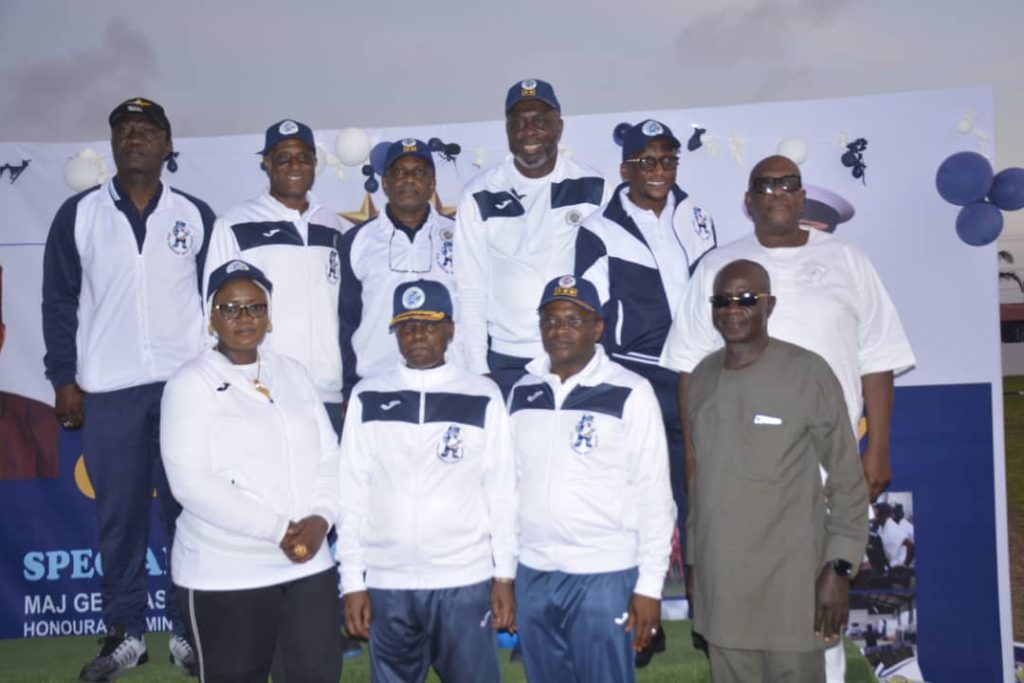 The 12th Nigerian Navy Games, which were held at the ultra-modern sports complex at Navy Town, Ojo Lagos, came to a close on Tuesday, saw the Eastern Naval Command (ENC) of the Nigerian Navy emerge as the overall champion.

During the inaugural ceremony, President Muhammadu Buhari officially opened the freshly built, ultramodern complex, noting that sports had remained a tool to foster camaraderie among troops and enforce discipline in the military.

Some of the highlights included the football game, which was also won by the Eastern Naval Command, the 4×100 meter relay races, which were won by the male and female of the Nigeria Customs teams, respectively, and the “tug-of-war” competition, which saw the Nigeria Police team defeat the Nigerian Airforce team.

Vice Admiral Awwal Zubairu Gambo, the Chief of Naval Staff, expressed delight in his remarks that the games had further instilled a sense of readiness and camaraderie among Navy members while providing security services for the country’s marine domain.

According to the CNS, “The games have further positioned the Nigerian Navy towards alleviating security concerns and I want to reassure Nigerians of the Nigerian Navy’s dedication to guarantee a safe and secure maritime environment for socio-economic activities to prosper.

He praised the competitors and urged medal winners in particular to hold onto their victories, while he urged those who did not win to prepare for future competitions.

“I congratulate those who participated, especially those who earned gold,” he said. Winning medals is one thing, but keeping those medals is quite another.

“I will thus urge you to keep these medals and work to do better in future contests and tournaments in order to earn additional medals.

“There are always possibilities for individuals who did not win to prove themselves. I congratulate everyone” He stated.

In the same manner, the Special Guest of Honour at the event, Maj. Gen. Bashir Magashi (Rtd), Minister of Defence, praised the Nigerian Navy for organizing the games to maintain its sailors physically fit and intellectually alert.

“The Nigerian Navy’s desire to invest resources to assuring personnel the necessary standards of mental and physical welfare is really admirable,” he said.

“The Nigerian Navy attaches significance to physical fitness and mental alertness, which are fundamental requirements by personnel of the Armed Forces to overcome challenges and increasing demands in the theater of operations.”

Magashi, also praised the Navy for its efforts in securing the marine area for the benefit of Nigerians and the country’s economic growth.

As the country gets ready for the upcoming General Elections, he promised that the Ministry of Defence would continue to support the Navy.

Rear Admiral Jason Gbassa, the Nigerian Navy’s Chief of Administration, commented earlier about the identification of fresh talents that would be highly advantageous for the Navy as well as for regional and international contests.

“The Nigerian Navy Games would continue to act as a feeder tournament to the Armed Forces games as well as to Nigerian sports in general, he claimed, thanks to the discovery of fresh and interesting talents during the competitions.

Gbassa also discussed the amount of navy personnel who took part in the competitions and the newly set standards.

“In particular, 1029 members of the Nigerian Navy from six different commands participated valiantly in 22 activities, he said. Records were shattered, and the Nigerian Navy set new standards for athletic performance”

The 12th Nigerian Navy Games will live on in our memories for a very long time since the games pushed our people to the limits of their athletic prowess and produced unforgettable moments.

The Special Guest and Minister of Youths and Sports Development, Mr. Sunday Dare, expressed optimism that the Navy Games will be a fantastic place to identify great sportspeople in addition to its benefits to the wellbeing of the Naval personnel in his goodwill message.

Chiefs of Naval Staff, Royal fathers, maritime stakeholders, and a number of sports enthusiasts were also present at the event.