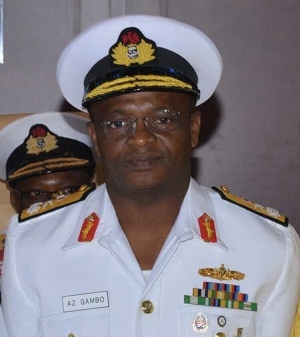 Hyacinth Chinweuba
In the past five months, personnel from the Nigeria Navy have shut more than 216 unlawful refining facilities.
Vice Admiral Awwal Gambo, the Chief of Naval Staff, claims that Naval actions during the review period resulted in savings of almost 41 million liters of diesel.
He claimed that after reviewing Operation Dakatar Da Barawo over the previous five months, more than 216 unlawful refining stations had been shut down.
In his remarks, more than 2,920,000 metal storages and more than 145 wooden boats were destroyed over the time period under consideration.
By implication, oil thieves were allegedly denied 41,308,340 liters, or 366 or 60,241 barrels, of crude oil, according to Gambo. We have 18,747,830 liters of illegal AGO, sometimes known as diesel or automotive gas oil.
In his words, this has prevented over N27 billion from getting to undeserving individuals which could be used to support criminals of all kinds in diverse ways. Though we are not yet there but achievement recorded thus far necessitated a review of the outrageous quantities of stolen crude oil.”
According the CNS “it was not true that between 20,000 and 200,000 barrels of crude oil are being stolen daily in Nigeria”
In his words: “100,000 barrels of crude is the equivalent of 15.8 million litres of crude oil requiring a five-ton barge to make 3,160 trips to convey to a mother vessel within a day, saying most of the claims are definitely outrageous and unrealistic”
Gambo noted that indigenous ship-building efforts of the Nigerian Navy is gaining traction in West Africa, adding that the Navy hopes to launch the building of two attack ships in Turkey by September.
The CNS also confirmed the arrest of super ships loading oil within Nigeria’s space without license, saying such ships will be prosecuted by the Federal Government through the AGF office, noting that intelligence is vital to fighting terrorism and maritime crimes.