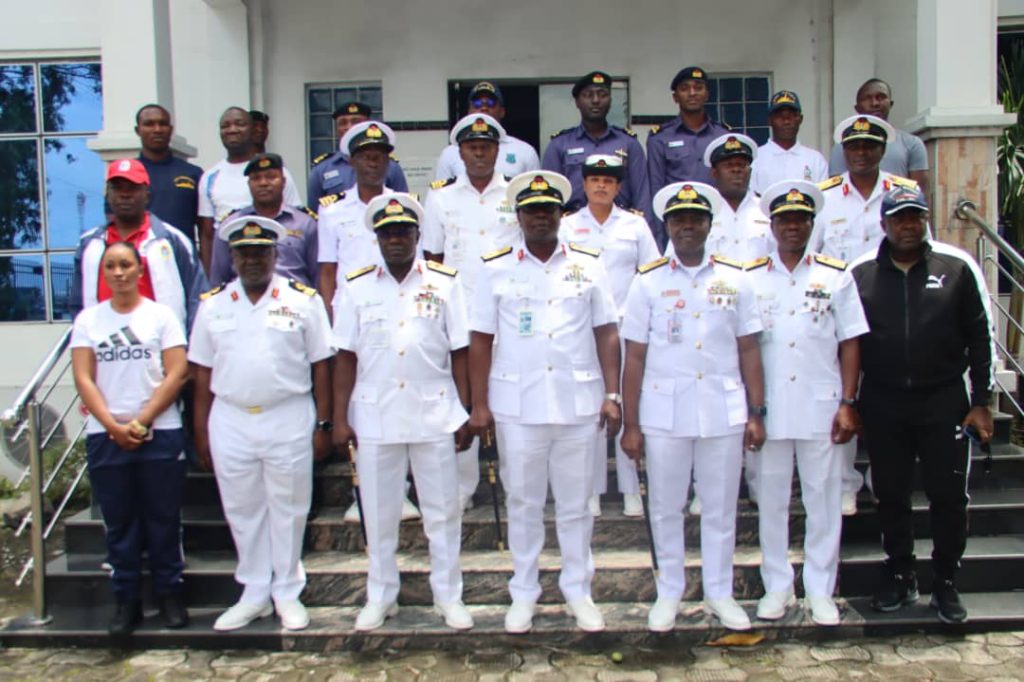 The Chief of Administration Naval Headquarters, Rear Admiral Jason Gbassa, who informed the media on the development said that the sports complex is well-equipped to a world standard, to encourage diverse sporting activities for mental and physical wellness among its personnel.

“The ultra- modern sports complex I equipped with an indoor sports hall, a gymnasium and swimming pool.

“The complex also has a football pitch with a standard pavilion, outdoor courts for handball, volleyball and basketball, as well as tracks for athletics.” he said.

Admiral Gbassa also emphasised that the ultra-modern sports complex complements the navy’s tradition of total wellness required for “daily mental and physical routine for service ashore and at sea.”

He said that the Navy recognises the importance of sports in personal development and the opportunity of the Navy Games to identify and develop talents that would represent the nation in both national and international competitions in the future.

Gbassa used the occasion to appreciate the Chief of Naval Staff, Vice Admiral Awwal Gambo, as well as past leadership of the Navy, for their efforts in ensuring the completion of the sports complex, aimed to serve as a hub for producing sports talents for the Navy and for the nation.

He, however, noted that besides the Navy Games, various Commands usually organised sporting events as well as participates in others round the year.

This, he said, was in addition to sponsoring competitions including the CNS National Open Swimming Championship and the Youth Sports Federation of Nigeria- organised CNS U-17 Football Championship.

For the records, the Nigerian Navy has to its credit in sports, several outstanding wins.

The Nigerian Navy’s Admiralty Football Club is presently placed second in the Nation-wide League One Football Competition in Lagos State. Additionally, Nigerian Navy’s female volleyball team, CNS Spike’s, had the honour of representing the nation at the last African Women Volleyball Championship, which held in Tunisia in May 2022.

According to Gbassa, the Nigerian Navy remains proud of its consistent commitment to sporting activities both for wellness and for competitiveness.