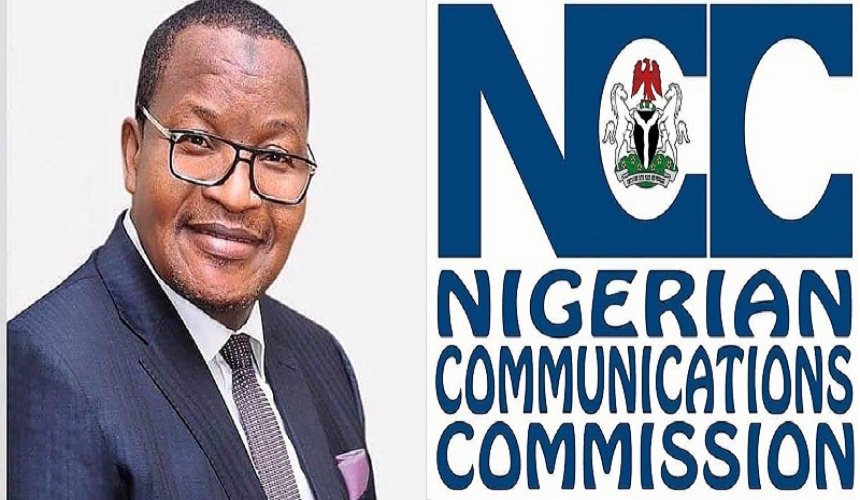 The Nigerian Communications Commission (NCC), is moving ahead with innovations and initiatives that will promote industry growth.

The Commission says it is stopping at nothing to consolidate the growth and gains already recorded in the telecom sector as stakeholders commemorate 20 years of telecoms revolution in Nigeria.

Executive Vice Chairman of the Commission, Prof. Umar Garba Danbatta, stressed this while delivering a paper titled: ‘Telecommunications in Nigeria: The Next Frontier’ at the 20th anniversary of the telecommunications revolution in Nigeria organised recently by Compact Communications Limited, at the Muson Centre, Lagos.

Represented at the forum by NCC’s Director, Public Affairs, Dr. Ikechukwu Adinde, Danbatta said in the last 20 years, the sector has witnessed significant growth in subscribers, internet usage, investment, innovation, contribution to Gross Domestic Product (GDP) and multiplier effects of the growth in other sectors of the economy.

According to him, as a foremost telecommunications regulatory agency and consistent with NCC mandate as stipulated in the Nigerian Communications Act (NCA) 2003, and other guiding legislations, the NCC has been at the forefront of leveraging latest technologies and accelerating broadband infrastructure deployment to put Nigeria on the global map of the digital economy experience.

In this regard, he said NCC was working to ensure increased broadband penetration in line with Federal Government’s targets as contained in the Nigerian National Broadband Pan (NNBP), 2020-2025. The NNBP was launched by President Muhammadu Buhari in March 2020.

Danbatta explained that the NNBP has a target to achieve 70 per cent broadband penetration among 90 per cent of the country’s population. The Plan also seeks to achieve broadband speeds of 15Mbp and 25Mbps in rural and urban areas respectively over the next five years.

“The Commission is also driving various initiatives aimed at facilitating the deployment of Fifth Generation (5G) Mobile Technology in Nigeria.

Prof. Danbatta emphasized that a robust broadband infrastructure will play a key role in fast-tracking the effective deployment of 5G technology and facilitate availability of services associated with 5G technology.

“Already, the Commission is set to auction some spectrum slots in 3.5GHz band and we have confirmed 97 per cent readiness for 5G deployment in this regard. This is in line with the marching order given to us by Honourable Minister of Communications and Digital Economy, Prof. Isa Ali Ibrahim (Pantami), following approval by the Federal Executive Council to proceed on our 5G Deployment Plan. The Information Memorandum (IM) for the auction had earlier been shared with stakeholders and we are set to auction the 5G spectrum before the end of the year,” he said.

The NCC Chief Executive also said one of the initiatives being emplaced by the Commission to enhance the attainment of the next frontier for telecom development in Nigeria and the nation’s economic growth, is the ongoing review of licensing structure in the sector. This is to align telecoms licensing process with the wide range of technological advances, convergence of technologies and services shaping global telecoms space.

Danbatta said the Commission has also finalized review of its Spectrum Trading Guidelines (STG). The STG, according to the EVC, allows spectrum resource in-country to be traded on the Secondary Market through Transfer, Sharing or Leasing (TSL) once the stipulated regulatory conditions have been complied with.

Danbatta declared that NNBP 2020-2025 requires that these Guidelines be reviewed to ensure that un-utilised spectrum is fairly traded to facilitate rollout by other operators among others. The Guidelines will, therefore, facilitate the country’s yearning for ubiquitous broadband access in line with the economic agenda of the Federal Government.

As vehicles for implementation of the NNBP, the National Digital Economy Policy and Strategy (2020-2030) and other similar digital economy policies, Danbatta said the NCC has unveiled its Strategic Management Plan (SMP) 2020-2024 and the Strategic Vision Plan (SVP), 2021-2025, which will ultimately drive the next frontier of growth in the telecoms sector. He said the two strategic plans embody critical areas on which the Commission intend to focus toward driving the implementation of the digital economy agenda of the government.

He stated that the two regulatory documents (the SMP and SVP) encapsulate the totality of regulatory and policy initiatives, designed to re-invent and transform the telecom ecosystem, within the context of regulation, to a greater height. He added that this, to the Commission, is the next frontier for the sector. “While emerging technologies are disruptive by nature, Nigeria cannot afford to lag behind digitally and this explains Commission’s engagement with developmental regulations for the industry and we are irrevocably committed to this,” he said.

Other individuals bestowed with recognition awards at the event include Former President Olusegun Obasanjo; and the former EVC/CEO of NCC, Dr. Ernest Ndukwe, both for pioneering the Global System for Mobile Communications (GSM) revolution of 2001. The Zenith Bank also received an award for being at the forefront of leveraging technology for powering financial services delivery. Among the journalists who received awards is a veteran ICT journalist/Publisher, E-World News, Aaron Ukodie.