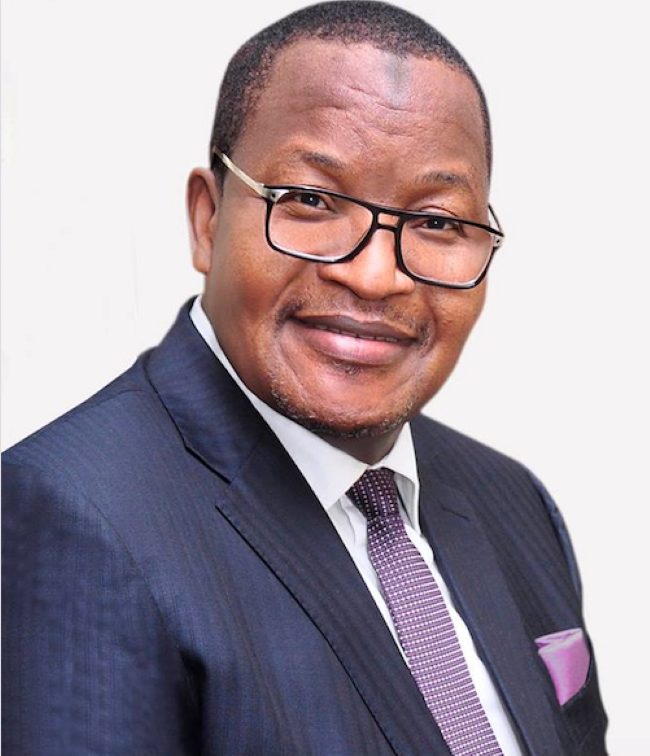 YEMISI IZUORA, in this analysis looks at current efforts by the Nigerian Communications Commission, NCC, determination to provide opportunities for telecom industry operators to maximise their revenue, and their customers’ marginal utility rate with the review of the mobile international termination rate (ITR).

In the IT sector government effort to boost broad band penetration had began to gather momentum, but industry watchers have observed that the country would likely face a number of challenges in achieving it’s ambitious midterm expansion target owing to issues in deploying new fibre-optic infrastructure.

The regulator has been committed in regulatory oversight functions and has developed a number of policy initiatives aimed at improving industry activities.

Precisely, in September 2020, the Commission launched a cost-based study to set the new pricing regime for mobile international termination rate (ITR) for inbound international voice calls in the country.

The ITR is the rate paid to local operators by international operators to terminate calls in Nigeria. As part of the process for the rate determination, the Commission organised a virtual stakeholder engagement forum with relevant industry stakeholders to intimate them with the ongoing cost-based study and the need to cooperate with Messer’s Payday Advance and Support Services Limited, the consultants engaged to carry out the study.

The Executive Vice Chairman of NCC, Prof. Umar Danbatta, notably informed the industry of the imperative of the study.

Danbatta, said the study followed various implementation constraints arising from contending industry and market dynamics that met previous efforts at finding an optimum price for the termination of international voice services in Nigeria.

Through the new ITR pricing, the Commission will be able to balance the competing objectives of economic efficiency and allow operators the latitude to generate reasonable revenue.

In its view with the new ITR pricing, the NCC will be able to balance the competing objectives of economic efficiency and enabling operators to generate significant revenue.

Oriental News Nigeria, recalls that in 2013, the NCC had issued a determination that stated that mobile termination rate (MTR) rates remain the same irrespective of where the call originated.

But unfortunately this was largely misconstrued by operators at that time to mean that ITR should bear the same rate as the MTR.

“As a result of this, the ITRs continued to decline, in line with the MTR glide path and as the ITR was set in Naira, it suffered a further downward slide in dollar terms following the currency devaluation.

Ironically, the Nigerian operators paid the international operators in dollars to deliver international calls which created an imbalance of payments as the ITR in Nigeria declined,”Danbatta said.

Due to this, the EVC commented that the pŕofitability of and commercial results of Nigerian operators were negatively affected by placing Nigeria’s ITR below that of most countries with which it exchanges the most calls, thus subjecting Nigerian operators as perpetual net payers.

“This has, therefore, led to undue pressure on the nation’s foreign reserves, which continue to get depleted by associated net transfers to foreign operators on account of this lop-sidedness.

Hence the need for Nigeria, with volatile currencies, to regulate the ITR to prevent or mitigate the imbalance of payments with international operators,” Danbatta stressed.

According to the EVC, in cases where ITR isn’t regulated properly, there is a tendency for a significant effect on a market like Nigeria having major supply-side challenges and associated socio-economic implications. Experts equally, argues that economically efficient ITRs, set at cost base levels would maximise economic benefit, but NCC’s choice will depend on the weight placed on the competing objectives of economic efficiency and allowing operators to generate revenues.

“So, setting a rate substantially above the MTR has resulted in a number of repercussions. One of such is the consumer shift to online channels as calls are increasingly made through Internet Protocol (IP)-based technologies such as Skype and WhatsApp because of high international call prices. To this end, an economically-efficient ITR that is cost-based will maximise economic benefits to all stakeholders,” said the EVC

The NCC during the period organised an engagement forum for stakeholders to share perspectives and insights enlisting their collective support in relation to the inputs and requirements towards the determination of a mutually- realistic ITR in Nigeria.

The project indeed commenced on Tuesday, March 10, 2020, with a meeting but was slowed down by the COVID-19 pandemic challenges, which necessitated the need to explore emerging channels of engagement in moving forward and ensuring the completion of the project.

The Commission in determination to achieve its objective had continuously provided a conducive environment and level-playing ground for the effective interplay of factors that would meep up market development and growth, while ensuring the provision of qualitative and efficient telecommunications regulatory services for the benefit of consumers and licensees.

With the conclusion of the study by Messrs Payday Advance and Support Services Limited, the NCC is on the path of unveiling the outcome for a robust and acceptable ITR regime.

To gain acceptance, the NCC, has against convened an industry-wide forum asking for input on the study on cost-based pricing of Mobile International Termination Rate, ITR.

The process aimed to ensure healthy competition on traffic handling for voice services between local and international operators in Nigeria.

Along the line of its engagement process the NCC, on Tuesday June 8, held a virtual Stakeholder meeting with Management Staff of the Commission physically in attendance during which it formally presented the findings from the study, which commenced in March, 2020.

The meeting solicited further perspectives, insights and other input on the findings towards a mutually realistic termination rate for international voice traffic in Nigeria.

Speaking at the forum, the Executive Vice Chairman of NCC, Prof. Umar Garba Danbatta, said the cost-based study became imperative, following previous efforts at finding an optimum price for the termination of international voice services that will be beneficial to all relevant industry stakeholders.

Danbatta said that the “overriding need for regulatory options and intervention in relation to the international termination rate in the voice market segment is predicated on some intractable challenges, most common with economies with severe macroeconomic volatility such as ours.” Going down memory lane with respect to MTR determination in the Nigeria’s telecom industry, the EVC said, in 2013, the Commission issued a Determination stating that mobile Termination Rates (MTR) are the same irrespective of where the call originated. He, however, stated that this was misconstrued by operators at that time to mean that ITR should be the same rate as the MTR, consequently ignoring the international cost portion.

“Arising from these is the persistent fact that Nigeria’s ITR is below that of most countries with which it makes and receives the most calls, making Nigerian operators perpetual net payers. The obvious implication of this is seen in the attendant undue pressure on the nation’s foreign reserves, which continue to get depleted by associated net transfers to foreign operators on account of this lopsidedness,” Danbatta explained.

Also, a PwC study corroborated NCC’s position that Nigeria’s ITR was below average for countries (in Africa) with similar GDP, population, number of operators and technological readiness.

The report also noted that following the October 2006 intervention the ITR is still below average for these countries.

Danbatta further stated that regulating the ITR is imperative for developing countries, such as Nigeria, with volatile currencies in order to prevent or mitigate the imbalance of payments with international operators. He also said the Commission was faced with the challenge of arriving at a rate that will balance the competing objectives of economic efficiency while, at the same time, allowing operators the latitude to generate reasonable revenues.

He informed the forum however, that “where ITR is not regulated, it tends to converge to the MTR and for a market like Nigeria with major supply side challenges, the socio-economic implications and attendant backlash can only be imagined.”

In her comments, the Director, Policy, Competition and Economic Analysis, NCC, Yetunde Akinloye, corroborated the EVC, noting that the study was intended to compliment and consolidate the initial work done by the Commission which had also culminated in the MTR Determination published in June 2018.

According to her, the ITR previously determined was based on actual benchmarking with countries of similar characteristics to Nigeria, but the findings from that study were faced by major national macroeconomic management challenges, ultimately pointing to the need for an ITR that is cost-based, consistent with the MTR.

Meanwhile, Danbatta has reiterated the NCC’s commitment “to continuously provide a conducive environment and level playing field for the effective interplay of factors that would engender sustained market development and growth, while ensuring the provision of qualitative and efficient telecommunication services to the consumers”.

The Nigerian Communications Commission (NCC) has concluded the process of determining the cost-based price of Mobile International Termination Rate (ITR) to ensure healthy competition on traffic handling for voice services between local and international operators in Nigeria.

However, PwC recommend the NCC to set an ITR floor at an economically efficient level based on costs (including the costs of international transmission) and still leave room for operators to negotiate with international carriers the total compensation for the international termination:

This would enable Nigerian operators to maximise their revenue, and their customers’ marginal utility rate and also enable NCC to minimise grey market, as it would remove cost-driven incentive for the activity