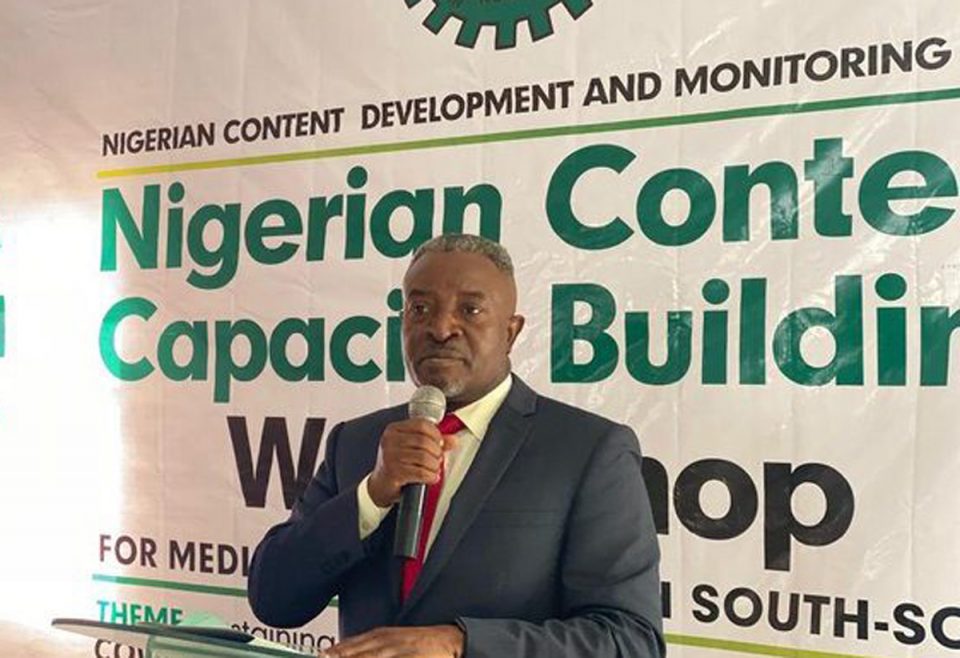 The declaration of 2021-2030 as ‘Decade of Gas’ by President Muhammadu Buhari, is seen as a great move towards achieving industrialization agenda of the present administration and transit into new energy space.

Globally, gas is a source of energy, gas is transport in vehicles, petrochemical in feedstock, power in manufacturing and industry, food through fertiliser, and now it is the central plank in the world’s seventh most populous nation and a pillar member of the Gas Exporting Countries Forum (GECF), Nigeria, as it transforms its energy landscape to run entirely on natural gas.

This was announced at a high-profile blended the ‘Decade of Gas’ event in Nigeria, held with the theme of ‘Towards a gas-powered economy by 2030’ under auspices of President Buhari, who doubles as the Minister of Petroleum Resources.

“To actualise the dream of transforming Nigeria with its massive natural gas resources requires collaboration of government with the necessary stakeholders; the international oil companies, the indigenous oil companies and financial companies … to fully utilise our gas resources to uplift our economy,” said President Buhari, highlighting the importance of gas industry for significant revenue generation, in addition to over tens of thousands of job opportunities for Nigerians up to 2030.

Nigeria’s ‘Decade of Gas’ initiative succeeds the 2020 ‘Year of Gas’ declaration, which played a forerunner to the decade-long ambition and saw the government unveil a range of projects, including the 614kms-long Ajaokuta-Kaduna-Kano (AKK) pipeline at a cost of $2.8 billion to connect the eastern, western, and northern regions of the country, and the construction of $10 billion LNG Train 7. Policy changes, such as gas flare commercialisation and the codification of the Nigerian Gas Transportation Network, are in addition to these projects.

Timpire Sylva, Minister of state for Petroleum Resources said: “It is no longer acceptable that despite the country’s vast natural gas resources the gap between electricity supply and demand is huge. We must deal with the energy poverty in this country, we must find a way to unlock the natural gas potential of this great nation and drag over 120 million people out of energy poverty.”

Speaking to the conference via a video message, late Mohammad Barkindo, OPEC Secretary General termed gas as vital to Nigeria’s future. He said: “Looking at the scale of the energy transition challenge, we need to utilise all resources efficiently. Tackling emissions has many pathways and we need to explore them all. The O&G industries are part of the solution. We process critical resources and expertise that can help unlock our carbon-free future.

“Nigeria’s decade of gas initiative also shines a beacon of light on the importance of the GECF and the value of multilateralism. OPEC and the GECF have much in common. We have some of the same Member Countries, including Nigeria, share similar founding principles, and collaborate together.” Sharing the vision of the Nigerian leadership, Yury Sentyurin, elected January 2018 as GECF Secretary General, noted that “working closely with our esteemed Nigerian counterparts, I can testify that the energy sector in Nigeria is witnessing perhaps a golden era of sustainable growth and is being made future-proof for the upcoming generations of Nigerians,”

The development of the energy sector in Nigeria will bear fruit not only for the West Africa’s largest nation but also for the entire continent, where currently 789 million people have no access to clean cooking and 535 million with no access to electrification, said Sentyurin, representing the Forum which counts six out of 19 members from the African continent.

Nigeria is blessed with abundant reserves of both associated and non-associated gas, estimated to be in excess of 202 trillion (standard) cubic feet (tcf). However, geologists believe that there is a lot more gas to be found in Nigeria, potentially up to 600 tcf, if companies deliberately explore for gas, as opposed to finding it while in search of oil.

Proving the 600 tcf reserves will move Nigeria to fourth position in the world from currently the ninth largest natural gas reserve-holder in the world. The country is the largest oil and gas producer in Africa and the sixth largest supplier globally of liquefied natural gas (LNG) in the world. Nigeria is a member of both the GECF and OPEC.

The move is seen as Government’s determination to fully exploit the nation’s abundant gas resources to accelerate the development of the economy.

This declaration aligns fully with the rising global demand for cleaner energy sources and the demand for the reduction of global carbon emissions through the reduction in the utilization of fossil fuels.

Recall that President Muhammadu Buhari’s made a commitment at COP26 held in November 2021 at Glasgow that Nigeria will seek to achieve net zero by 2060, which means cutting greenhouse gas emissions to as close to zero as possible.

The Federal Government’s strategy is to use Gas as Nigeria’s transition fuel. The Ministry of Petroleum Resources has backed this position with bold policies such as the National Gas Expansion Program, Gas Network Code and Flares Commercialisation programme. As a responsive agency, the Nigeria Content Development and Monitoring Board NCDMB has also taken deliberate steps to actualize the Federal Government’s declarations in gas and other aspects of the oil and gas value chain.

Engr. Ginah O. Ginah, the General Manager, Corporate Communications and Zonal Coordination, speaking at a capacity building workshop for the media in Lagos on Monday, revealed numerous steps and partnerships the Board has created with credible investors to develop critical projects in the sector to take Nigeria towards the goal. The conference was themed: ENHANCING MEDIA COMPETENCIES TO SUPPORT NIGERIAN CONTENT IN A GAS ECONOMY.

According to Ginah, the Board has currently interned into partnership with 15 firms to set up projects covering modular refining, gas processing, gas distribution, power generation, manufacturing and others.

Interestingly, about 70 per cent of the investments are on gas-based activities, especially midstream and downstream gas.

These investments underscore the importance of gas to Nigeria’s economic sustainability, apart from its role in the energy transition as the Board believes that gas can lead Nigeria to food sufficiency, industrialization, increase in Gross Domestic Product, and electric power sufficiency.

Above all, the investments by the NCDMB are helping to create employment opportunities for Nigerian youths, catalyze the local economy and achieve the Nigerian Content 10-Year Strategic Roadmap.

Some of our gas-based projects include the Boards partnership with Rungas to produce 1.2million Liquified Petroleum Gas, LPG Composite cylinders per annum in Bayelsa and Lagos States and our collaboration with NEDO Gas Processing Company in Kwale, Delta State for the establishment of 80 gas Processing Plant and a 300 Gas Gathering hub.

The Board is also working with Duport Midstream to establish an Energy Park at Egbokor, Edo State. The park would include a 40 million standard cubic feet per day gas processing plant, 2,500 barrels per day modular refinery and 20 megawatts power plants.

The Board is equally partnering with the NNPC to invest in Brass Fertilizer and establish 10,000 tonnes per day Methanol Production plant at Odioama, Brass, Bayelsa State, just as it is investing with Triansel Gas Limited in Koko, Delta State to establish a 5,000 Metric Tons per day LPG Storage and Loading Terminal Facility. In the north, the NCDMB is supporting Butane Energy Limited to establish LPG Bottling Plants and Depots in Abuja and 10 Northern States, just as it is investing with MOB Integrated Services for the construction of the 500 Million Tons Inland LPG terminal in Dikko, Niger State. The project will include the construction of a Cylinder Refurbishment plant, procurement of 80,000bottles of LPG Cylinders and acquisition of distribution assets.

The project will produce 123,000 Million Tons Per Annum of LPG, about 10 percent of current LPG demand nationwide.

Similarly, the Board is collaborating with Amal Technologies to set up a plant in Abuja to produce Smart Gas/Smoke Detector Alarm devices.

Ginah, further highlighted that its partnerships and investments are backed by section 70 (h) of the NOGICD Act. This provision states that NCDMB can “assist local contractors and Nigerian companies to develop their capabilities and capacities to further the attainment of the goal of developing Nigerian content in the Nigerian oil and gas industry.”