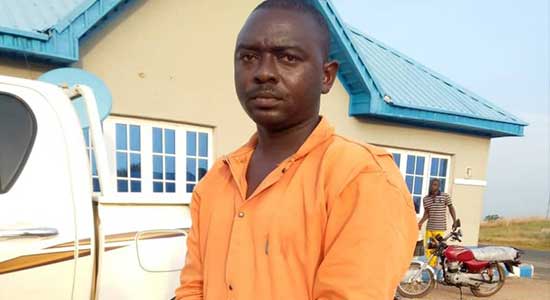 The Nigerian Defence Academy (NDA) has denied holding one Sergeant Torsabo Solomon in its custody.

Solomon, was reportedly arrested for his alleged involvement on the security breach in the academy.

The NDA Public Relations Officer, Maj. Bashir Jajira on Monday in a statement said the attention of the NDA had been drawn to a viral publication on social media; notably on the arrest of one Sgt Torsabo Solomon for his involvement in the security breach in the NDA. He added that the report revealed that the suspect was conveyed to the Academy for investigation.

“This is to inform the general public that the above-named person is not in the Nigerian Defence Academy’s custody; as alleged and has no connection with the Academy.’’

Jajira, further explained that the Nigerian Defence Academy is a Military Training Institution and not an Investigative Security Agency.

“The general public is hereby advised to disregard this misinformation and refer to relevant Investigative Security Agencies for clarification.

“The NDA wishes to reassure the general public that the perpetrators of the security breach on the Nigerian Defence Academy architecture will soon be apprehended,” Jajira said.