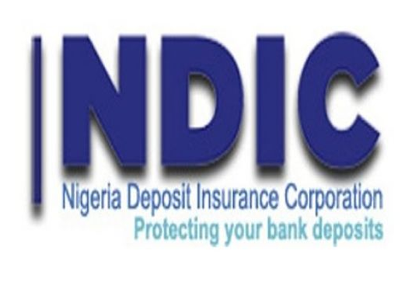 The Nigeria Deposit Insurance Corporation, NDIC, has called on bank depositors to keep an eagle eye and guard against falling for unrealistic high returns made by operators of Ponzi schemes in Nigeria.

The Corporation informed the public that most operators of Ponzi schemes are not licensed by it, and as such, should not be patronized by customers of financial institutions.

Speaking at the 16th Abuja International Trade Fair on Tuesday, the NDIC Managing Director, Bello Hassan, said people who deposit their money in insured banks and financial institutions can get a refund when the banks liquidate.

However, he added that those who put their funds in banks that are not covered by the corporation risk losing their deposits during liquidation process.

Hassan further debunked claims among Nigerians that when a bank fails, customers only get N50,000 from their deposits regardless of the amount they had in that bank.

He said the misinformation began in the 1980s when N50,000 was the maximum initial sum paid to people who had their money in a liquidated bank.

He explained that the corporation had since reviewed the amount over the years, noting that the current initial maximum sum paid to people whose monies are trapped is N500,000 for Deposit Money Banks and N200,000 for depositors of Microfinance banks.

The NDIC MD who was represented by the Head of Public Affairs, Mr Bashir Nuhu said, “I would also like to serve a word of caution against patronizing unscrupulous services of ponzi schemes and illegal fund managers, otherwise called ‘wonder banks’ who masquerade as deposit taking institutions to dupe unsuspecting members of the public of their hard-earned funds.

“They offer unrealistically high returns to lure their victims only to bolt away with their money. These entities are not licensed by the CBN as deposit taking institutions and are therefore not covered by the deposit insurance.”

He said as a policy, the Corporation has been involved in major trade fairs across the country as an avenue to engage with depositors, stakeholders and the general public to address their concerns and enquiries.

“We engage in all the major trade fairs across the nation, not to market goods, but to market our services. We Inculcate banking habits, financial inclusion and inform the public about the dangers of not taking their money to the bank.

“We have developed an app to enable depositors to fill in their claims when their money is trapped in a bank and apply for their money.”

Also speaking, Vice President of the Abuja Chamber of Commerce and Chairman of Abuja Trade Centre, Dr. Johnson Anene, said the essence of the trade-fair was to promote business relationship between exhibitors and visitors.

He called on the Bank of Industry and other financial Institutions to relax their conditions for exhibitors to get easier access to credit for their businesses.

Police Arrest 3 In Connection With Attack In Enugu