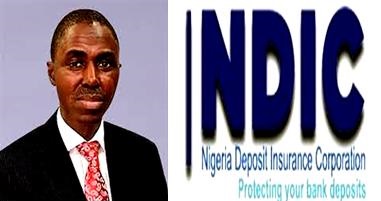 The Managing Director/Chief Executive of the Nigeria Deposit Insurance Corporation, NDIC, Bello Hassan, has disclosed the payment of over N113 billion to both insured and uninsured depositors of banks in-liquidation.

Hassan, confirmed the payment in his keynote address on Monday at the opening of the 19th edition workshop for Business Editors and Finance Correspondents Association of Nigeria FICAN, which is taking place at the Hotel Presidential, Port Harcourt, Rivers State.

Also, out of the 49 Deposit Money Banks, DMBs in-liquidation, the Corporation in September, 2022 declared 100 per cent liquidation dividend in 20 of those institutions, meaning that the Corporation has realized enough funds from their assets to fully pay all depositors of the listed banks.

He attributed the landmark achievements by the Corporation to the active support of strategic stakeholders including the media.

Hassan, said that the workshop has evolved into the flagship capacity building and engagement platform by the Corporation, not only with the media, but with the members of the civil society groups and the Association of Corporate Affairs Managers of Banks (ACAMB).

“This event has over the years, promoted better understanding of the Corporation’s roles in achieving financial system stability.

“It has also strengthened and broadened the media’s ability to interrogate and interpret topical issues in the financial services sector in general. In addition, the Corporation has been able to promote better understanding of its mandates and activities among members of the civil society organisations, thereby fostering collaboration in the area of enlightenment of the public on the benefits of the Deposit Insurance System (DIS).” he said.

He expressed optimism that with the coming onboard of the Corporate Affairs Managers of Banks (ACAMB), the same high level  of partnership, will be fostered towards educating bank depositors about the importance of the DIS through your consistence in the seminar.

On the global space, he noted that the global banking landscape has continued to be defined and challenged by technological disruptions, innovations and novelties cannot be overemphasized.

This reality, he observed has not only put a demand on regulators and supervisors in the sector across  the world to enhance surveillance, but it has also called for stronger collaborations, in order to deliver services that are laced with constantly improved values to the banking public and the society at large.

He said that it is in line  with the foregoing, that the Corporation has carefully chosen the theme of this year’s workshop as: “Boosting Depositors’ Confidence Amidst

Emerging Issues and Challenges in the Banking System”.

“It is instructive to add that we have painstakingly selected highly seasoned facilitators from within the Corporation, the Central Bank of Nigeria (CBN) and the media to do justice to the various papers already scheduled for presentation at this workshop. ” he said.

The CEO, used the occasion to provide insight to certain steps initiated to invigorate its processes and procedures, towards a more effective discharge of its depositor protection mandate and some of our landmark achievements.

One of those initiatives is assurances of consistent and harmonious engagement with with all stakeholders, towards enhancing the effective discharge of the Corporation’s mandate as well as sustaining the vision and policy direction of the Corporation.

He also recalled promising to scale up the deposit insurance framework; the provision of timely support to insured institutions as and when required; to ensure faster and orderly resolutions of liquidated insured institutions; and to continue to assist the

CBN in promoting the stability of the banking system.

Over the time, he said the Corporation has embarked on series of strategic initiatives to achieve its desired  vision.

In sustaining these promises, especially in the the area of scaling-up the deposit insurance framework and ensuring faster and orderly resolutions of liquidated insured institutions, he said in May this  year, with the active participation of the relevant stakeholders, the NDIC successfully developed and deployed the Single Customer View (SCV) platform for the Microfinance and Primary Mortgage Banks in order to strengthen its processes and procedure for data collection.

The platform, according to him, would not only ensure availability of quality, timely and complete data to the NDIC, but would eliminate delays often experienced in reimbursing depositors following revocation of institutions’ licenses by the CBN.

Banks (DMBs) will be achieved through the incorporation of the SCV template as part of the on-going Integrated Regulatory Solution (IRS) jointly being developed with the CBN, he said.

In the area of consumer protection, Hassan said the Corporation has strengthened its complaints resolution platforms, which include the Toll-Free Help Desk, social media handles and Complaints Desks in the Bank Examination,

Special Insured Institutions and Claims Resolutions Departments, as well as our Zonal Offices, to receive and process complaints from depositors.

“As at June 30, 2022, the NDIC provided deposit insurance coverage to a total of 981 insured financial institutions. The breakdown includes:

On bank liquidation, he said the NDIC bank liquidation mandate entails reimbursement of insured and uninsured depositors, creditors, and shareholders of banks inliquidation. The liquidation activities, as at June 30, 2022, covered a total of 467 insured financial institutions in-liquidation, comprising of 49 DMBs, 367 MFBs, and 51 PMBs.

He said that through better understanding of our programmes and policies, the media will not only be better informed in the coverage of its activities, but also be well-equipped to contribute to our advocacy and mobilization for a resilient financial system.